SpaceX-NASA Launch Postponed to Sunday due to Weather 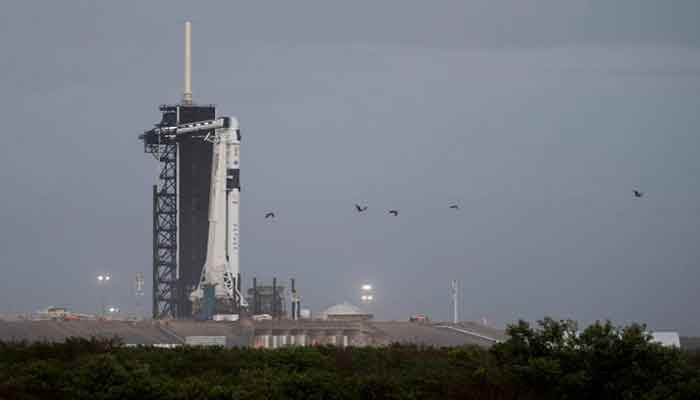 NASA reported on Friday that the planned launch of a crewed SpaceX spacecraft to the International Space Station (ISS) on Saturday had to be postponed by a day due to inclement weather.

“Due to onshore winds and recovery operations, @NASA and @SpaceX are targeting launch of the Crew-1 mission with astronauts to the @Space_Station at 7:27 p.m. EST Sunday, Nov. 15 (0027 GMT Monday),” NASA administrator Jim Bridenstine tweeted, reports AFP.

“Recovery operations” refers to the ships that have to be moved into place in case the mission is aborted after launch and the crew is forced to splash down in the ocean.

Sunday's launch starts the first of what the U.S. hopes will become a routine SpaceX mission after a successful test flight in late spring.

The demonstration flight in May was in turn, the first time that a crewed mission took off from US soil since the Space Shuttle program ended in 2011, leaving NASA dependent on Russian rockets to fly to the ISS.

The crew members — three Americans and one Japanese — will fly aboard a Crew Dragon, a capsule spacecraft that earlier this week became the first to be certified by NASA since the Space Shuttle nearly 40 years ago.

“The history being made this time is we’re launching what we call an operational flight to the International Space Station,” Bridenstine told reporters at a press conference earlier.

The Crew Dragon is scheduled to dock at the space station at about 11:00 pm Monday, November 16.

SpaceX, founded by Elon Musk in 2002, has leapfrogged its much older rival Boeing, whose program has foundered after a failed test of its uncrewed Starliner.

But SpaceX’s success won’t mean the US will immediately stop purchasing seats from the Russian space agency, said Bridenstine.

“We want to have an exchange of seats where American astronauts can fly on Russian Soyuz rockets and Russian cosmonauts can fly on commercial crew vehicles,” he said, explaining it was necessary in case either program was down for a period of time.

SpaceX has been operating space station re-supplying flights with the cargo version of the Dragon since 2012.

The next crewed mission is expected to blast off at the end of March 2021, carrying one European, one Japanese and two American crew members.