Will Small Rockets Finally Lift Off?

The frenzy of proposals for small rockets or microlaunchers comes as modern satellite-based phones and internet networks are shifting away from a few satellites in high geostationary orbits. 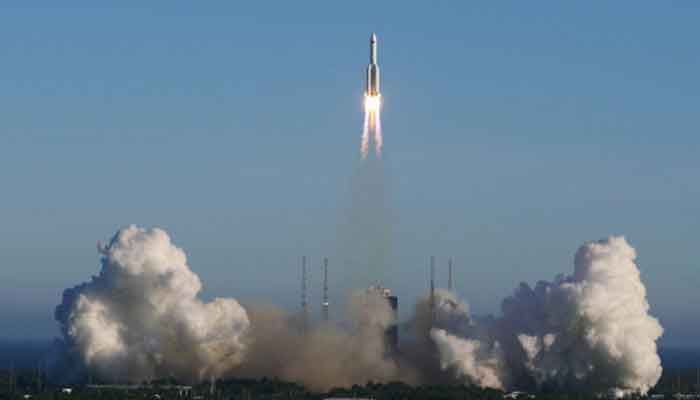 The boom in demand for small satellites to orbit has boosted interest in small rockets, but industry players do not believe that the niche will become their own business segment.

"This time last year, we were able to count over 120 startups for microlaunchers, small rockets that would carry a single small satellite. As we look today, there is a significantly smaller number of those," said Tory Bruno, CEO of Boeing-Lockheed Martin joint venture United Launch Alliance (ULA), said at a recent industry gathering, reports AFP.

The frenzy of proposals for small rockets or microlaunchers comes as modern satellite-based phones and Internet networks step away from a few satellites in high geostationary orbits.

Instead they use constellations of several small satellites put in low earth orbits (LEO).

Over the last decade, 1,805 small satellites have been put in space, and the research company Euroconsult expects this figure to grow to 10,000 by 2030.

This year, 95 of the 1,079 satellites launched as of 1 November were small satellites. Of those, three-quarters were part of the Starlink network of Chief Elon Musk of SpaceX.

Many start-ups and small companies claimed that this would create "a demand for microlaunchers that are cheap to develop and much cheaper to run than a large launcher," such as Ariane or SpaceX's Falcon 9, said Xavier Pasco, a specialist in the space industry and head of the French think tank at the Foundation for Strategic Research.

Only two small rockets are operational for the moment, according to

It's Euroconsult. One is China's Kuaizhou-1 and the other is Electron, a New Zealand-based US firm, Rocket Lab.

The Virgin Orbit company of the British mogul Richard Branson has tested it.

LauncherOne in May but the aircraft-launched rocket failed to enter space due to a technical failure. The new test carried out by the US firm Astra in September also failed.

India's space agency has a maiden launch of its SSLV planned for December.

A number of European firms are also in the competition.

Italy's Avio and Germany's OHB, which both work on the Ariane, each have their own microlauncher projets. Avio plans a light version of the Vega while OHB's Rocket Factory Augsburg unit is designing the RFA One.

Arianespace chief executive Stephane Israel is not convinced of the need for microlaunchers.

"There is a confusion because people are saying 'because you have small satellites going LEO, you need microlaunchers'. It's not the case," he said at the World Satellite Business Week.

One of those reasons is that with the rollout of these constellations there are a lot of satellites to put into orbit quickly, hence favoring packing them onto big launchers.

Then the cost factor comes into play.

"The fundamental challenge that microlaunchers have is dollars per kilogram, because of the effect of scale, always favours the large launch vehicles when the launch vehicle capacity can be filled up," said ULA's Bruno.

"It's really a niche market for servicing those constellations," he added.

"It's more for these microlaunchers for addressing a government need for an immediate access to space," she said.

A small rocket with just one satellite can be prepared much quicker than a large one if the launch firm waits for a full payload. This also potentially makes them advantageous to replace damaged satellites.

SpaceX's president and chief operating officer, Gwynne Shotwell, said that niche role means there won't be room for many of these small launchers.

"I don't think there's enough going for more than two, maybe three of