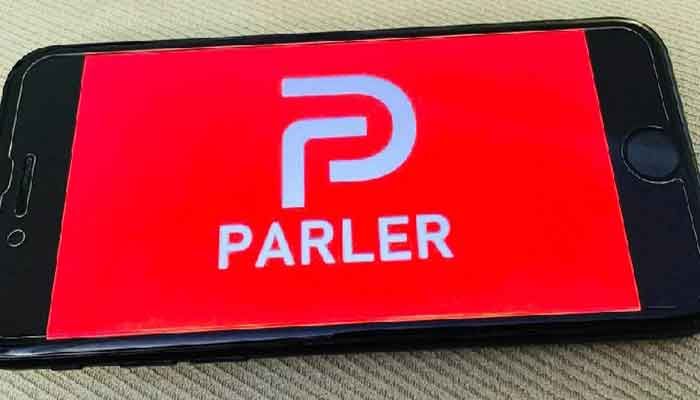 Parler, the alternative social media platform favored by conservatives, is now virtually homeless on the Internet as Amazon (AMZN), Apple (AAPL) and Google (GOOGL) have all launched it from their platforms in just over 24 hours.

Amazon will remove Parler from its cloud hosting service, Amazon Web Services, on Sunday night, effectively kicking it off the public internet after increasing pressure from the public and Amazon employees, reports CNN.

The decision, which comes into force at 11:59 p.m. on Sunday. Pacific Time will shut down the Parler website and app until a new hosting provider can be found. BuzzFeed News was the first person to report the move. Parler is an alternative social network popular with conservatives and has been heavily used by supporters of President Donald Trump, including some who participated in the U.S. Capitol unrest on Wednesday.

In a letter obtained by CNN Business that was sent to Parler Chief Policy Officer Amy Peikoff on Saturday, Amazon Web Services said that in recent weeks it has reported 98 examples to Parler of "posts that clearly encourage and incite violence." The letter includes screenshots of several examples.

"We've seen a steady increase in this violent content on your website, all of which violates our terms," AWS wrote. "It's clear that Parler does not have an effective process to comply with the AWS terms of service."

The letter continued: "AWS provides technology and services to customers across the political spectrum, and we continue to respect Parler's right to determine for itself what content it will allow on its site. However, we cannot provide services to a customer that is unable to effectively identify and remove content that encourages or incites violence against others. Because Parler cannot comply with our terms of service and poses a very real risk to public safety, we plan to suspend Parler's account."

The sweep threatens to cut Parler off his entire audience. Not only will new users be unable to find Parler in the two largest app stores on the Internet, but even those who have already downloaded the app will not be able to use it because they will not be able to communicate with Parler's servers on AWS.

After Amazon boots the company from its web hosting service, Parler's website could be offline for as long as a week while "we rebuild from scratch," Matze said in a post on his platform.

"We will try our best to move to a new provider right now as we have many competing for our business," Matze continued.

Matze accused Amazon of trying to "completely remove free speech off the internet."

The revelation of Amazon's decision came soon after Apple removed Parler from its app store.

"[T]here is no place on our platform for threats of violence and illegal activity," the iPhone maker said of its move.

Apple notified Parler of its decision in a message that said it had violated the company's app store terms.

"The processes Parler has put in place to moderate or prevent the spread of dangerous and illegal content have proved insufficient," Apple told Parler.

"Specifically, we have continued to find direct threats of violence and calls to incite lawless action in violation of Guideline 1.1 - Safety - Objectionable Content."

Apple's notice said Parler's responses to an earlier warning were inadequate, including Parler's defense that it had been taking violent rhetoric on its platform "very seriously for weeks" and that it had a moderation plan "for the time being," according to Apple.

"Parler has not taken adequate measures to address the proliferation of these threats to people's safety," Apple said in a statement to CNN Business. "We have suspended Parler from the App Store until they resolve these issues."

Apple's decision followed a similar move by Google on Friday to drop Parler from the Google Play Store.

Matze wrote in a message on his platform that Apple "will be banning Parler until we give up free speech, institute broad and invasive policies like Twitter and Facebook and we become a surveillance platform by pursuing guilt of those who use Parler before innocence."

"They claim it is due to violence on the platform," Matze wrote of Apple, whom he also accused of being a "software monopoly," a particularly relevant attack right now given an ongoing antitrust suit against Apple from Fortnite maker Epic Games. "The community disagrees as we hit number 1 on their store today."

Matze promised to share "more details about our next plans coming soon as we have many options."