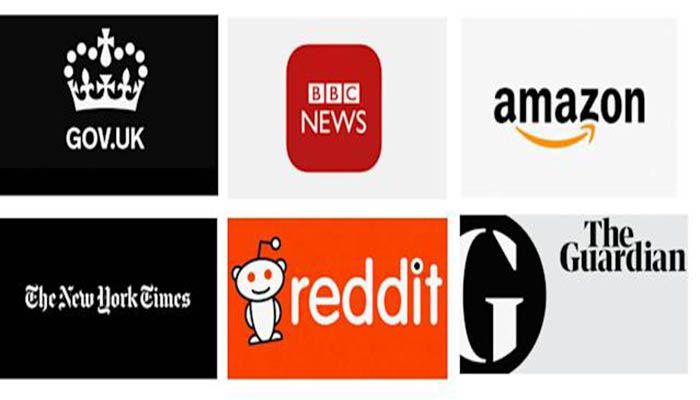 ﻿Multiple major websites have been hit by a massive and simultaneous internet outage.

Amazon, the BBC and the UK government's sites were among those affected on Tuesday morning.

The outage meant some websites went down completely, while others experienced smaller disruption and were still able to operate.

Many of those which initially went down, including the UK government's and BBC's, gradually returned to service from about noon.

Tech experts said there is no evidence the outage was caused by malicious activity.

Instead, it appeared to have been sparked by an issue with Fastly, one of the world's major content delivery networks (CDNs).

A CDN is a system used to host websites and their content on the internet and serve it to users. Fastly reported a major outage across its global network, which is believed to have caused the outage.

The company offers services such as speeding up loading times for websites, protecting them from denial-of-service cyberattacks and helping them deal with bursts of traffic in order to stay online and stable.

The US firm confirmed it was “currently investigating potential impact to performance with our CDN services”.

It later said: "The issue has been identified and a fix has been applied. Customers may experience increased origin load as global services return."

Alex Hern, the Guardian’s technology editor, tweeted that Fastly had "been identified as the cause of the problem”.

“The outage, which began shortly before 11am UK time, saw visitors to a vast array of sites receive error messages including ‘Error 503 Service Unavailable’ and a terse ‘connection failure’."

He said: “We are aware of the issues with gov.uk which means many users are unable to access the site.

“Obviously this happened recently, it appears to be a wider issue, a global issue, and as you would expect Cabinet Office are investigating it as a matter of urgency.”

Asked whether there was any evidence it was a hostile act, he added: “It appears to be, initially at least, this is an issue that is affecting a number of sites globally, it doesn’t appear to be targeted to any one site.”

Mark Rodbert, a visiting professor in computer science at the University of York and founder of cybersecurity firm Idax Software, said the incident showed the internet was too reliant on a small number of companies to stay online.

“It is remarkable that within ten minutes, one outage can send the world into chaos,” he said.

“This demonstrates the extent to which the move to the cloud has changed the things that companies need to protect."

Prof Rodbert added: "Whether the people inside a company or a supplier have made a mistake, or malicious perpetrators outside the perimeter have created the problem, it’s so important that we create firebreaks in the system so that if one company, or even just one well-connected employee, is compromised, the whole system isn’t brought to its knees.”