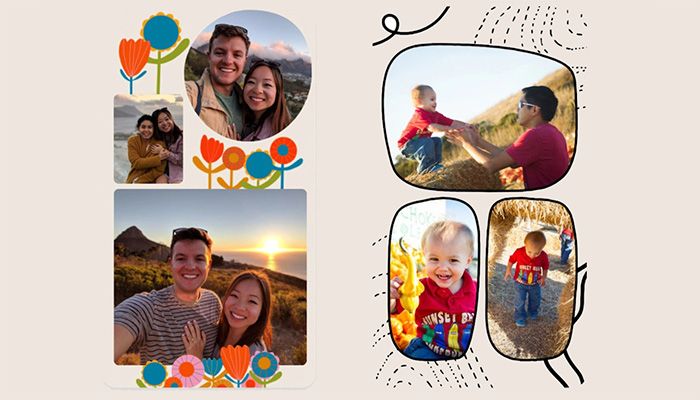 ﻿Google Photos is set to receive an update that will give users access to a range of creative tools including an in-built collage editor, as well as a revamped Memories feature with brand-new cinematic visual effects and music support. The company announced the changes earlier this week. It will be rolled out to users as part of a larger upgrade to Google Photos' Memories feature, which was first introduced to users in 2019. The search giant also revealed that the Memories feature now has more than 3.5 million monthly views.

The company announced in a blog post that it was revamping its Memories feature that lets users look back at their timeline of older photos through a cinematic audio-visual experience, similar to Stories and Memories on Instagram and Facebook. Google Photos' Memories will now automatically select and trim the best snippets by utilising machine learning, according to the company.

Google also says that the updated version of its Memories feature will also start to use instrumental music. Meanwhile the service will compile multiple rendered 3D models of still photos with background music in its “Cinematic Photos” visual effect feature.

The still images in Memories will also appear more immersive to users with automatic subtle zooming video effects, according to Google.

Google Photos is also adding support for an inbuilt collage editor called Styles, where users can edit collages through grid arrangement and even add a background. The company says that the Styles feature draws inspiration from old scrapbooks, where graphic art is automatically added to memories in an attempt to make them pop.

Users will also be able to share Memories easily, but the company says that the share feature is currently limited to Android and will soon be rolled out on iOS and the Web.

Google One subscribers and Pixel phone users will also be able to use additional editing features such as Portrait Light or HDR within their collages and access more than 30 additional designs. The launch will feature limited-time styles from featured artists Shantell Martin and Lisa Congdon.

The company also confirmed that users will continue to have control over hiding photos of certain people or time periods from showing up in Memories. The latest update will be rolled out to Google users in a gradually phased manner, according to Google._Agencies