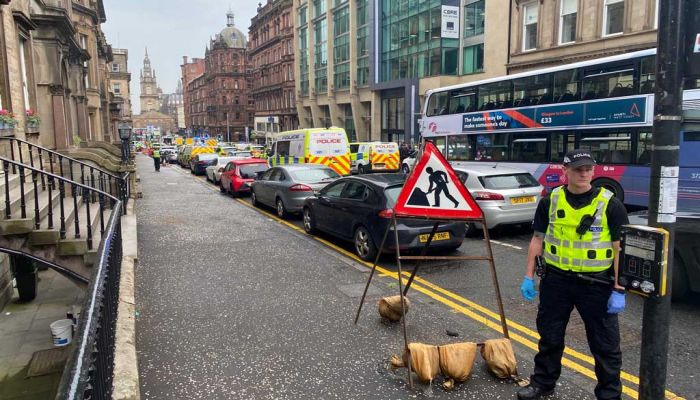 On Friday, Uk media announced on Friday, three people were killed in a knife attack in the Scottish city of Glasgow, with police reporting a gunman had been shot and an officer wounded.

An eyewitness told Sky News that at about 1:15 p.m. she had seen many men soaked in blood being treated by emergency services after an altercation at a hotel in the city center, with armed officers on the scene.

"It is believed three people have died after being stabbed in the stairwell of a hotel," the BBC reported.

Police Scotland Chief Constable Assistant Steve Johnson said the incident had been contained and there was no wider public risk.

"Armed police officers attended the incident and I can confirm that a male suspect was shot by an armed officer," he said.

"I would like to reassure the public that at this time we are not looking for anyone else in relation to this incident. I can also confirm that a police officer was injured while dealing with the incident, and that officer is receiving treatment in hospital."

The Scottish Police Federation said the officer had been stabbed.

In the southern English town of Reading, three people died last week when a guy carrying a five-inch knife went on the run in a forest. Investigators also said they viewed the event as terrorism.