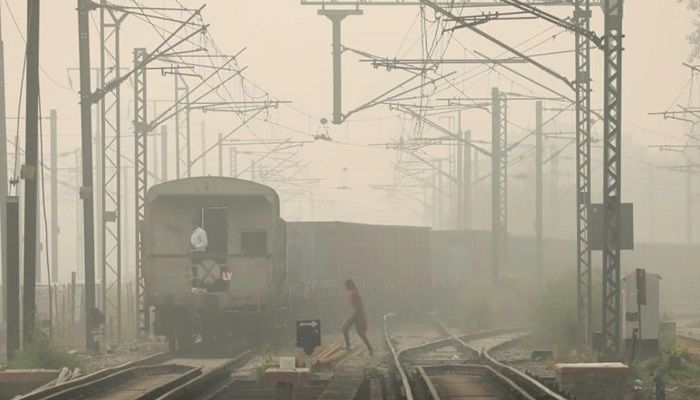 The Delhi state government today announced a "pollution lockdown" to tackle air pollution levels in the National Capital Region (NCR) to save people from the adverse impact of air pollution.

Under the lockdown, no physical classes will be held in Delhi schools for a week while constriction works will be remain suspended and government office employees would be asked to operate from home at 100 percent capacity for a week. However, private offices would be issued an advisory to go for Work From Home (WFH) options as much as possible.

Terming air pollution in Delhi-NCR an "emergency" situation, the SC had asked the centre and the Delhi government earlier today to take immediate measurers to tackle the pollution levels at a tolerable limit.

"As immediate measures to save people from the adverse impact of air pollution, the government has decided to switch to work from home for 100% of the workforce starting from Monday. Private offices will be issued an advisory to go for the 'Work From Home' option as much as possible...No construction activity will be allowed between November 14 and 17," Kejriwal said.

According to the decision, all classes in Delhi schools would continue virtually so that students don't have to breathe in the polluted air.

However, the Centre's pollution Control Board yesterday ordered states and local bodies to be in "complete readiness" for emergency measurers to tackle New Delhi's worsening smog conditions due to drop in temperature and wind speeds.

Over 4,000 farm fires, which accounted for 3 per cent of Delhi's pollution on Friday, played a major role in pushing the 24-hour average air quality index (AQI) to 471 by 4 pm. The national capital was recorded severe air quality on six of the last eight days after Diwali.