Saudi Arabia, UAE Decline Calls with US Amid Fears of Oil Price Spike 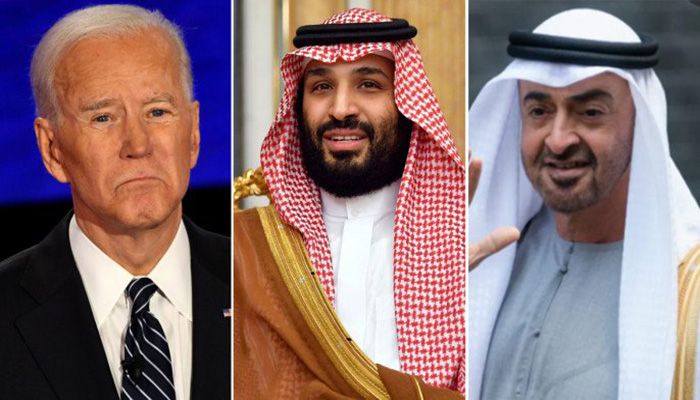 Saudi Arabia and the United Arab Emirates, one of the biggest oil producers in the world, have declined to arrange calls with US president Joe Biden in recent weeks as the US and it allies have sought to contain a surge in energy prices caused by Russia's invasion of Ukraine.

Both the Saudi Crown Prince Mohammed bin Salman and the UAE's Sheikh Mohammed bin Zayed al Nahyan have been unavailable to Biden after US requests were made for discussions, reports the Wall Street Journal.

"There was some expectation of a phone call, but it didn't happen," a US official said of a plan for Saudi Prince Mohammed and President Biden to speak.

"It was part of turning on the spigot [of Saudi oil]," he added.

But reports of frigid communications come as the Biden administration seeks to increase oil supply after formally banning Russian oil imports on Tuesday, pushing oil prices to $130 a barrel, the highest level in 14 years.

Relations between the US and Saudi Arabia have chilled during the Biden administration over American policy in the Gulf region.

Issues include the revival of the Iran nuclear deal; lack of US support for Saudi intervention in Yemen's civil war and its refusal to add Houthis to its list of terrorist groups; US help with a Saudi civilian nuclear program; and legal immunity for Prince Mohammed, who is facing lawsuits over the murder of Saudi journalist Jamal Khashoggi by a Saudi hit-team in its Istanbul consulate four years ago.

During Biden's election campaign he vowed to treat the kingdom as a "pariah" state, saying there is "very little social redeeming value in the present government in Saudi Arabia."

The Saudis have signaled that their relationship with Washington has deteriorated under the Biden administration They want more support for their intervention in Yemen's civil war, help with their own civilian nuclear programme as Iran's moves ahead, and legal immunity for Prince Mohammed in the US.

Saudi crown prince faces multiple lawsuits in the US, including over the killing of journalist Jamal Khashoggi in 2018.

The Emiratis share Saudi concerns about the restrained US response to recent missile strikes by Iran-backed Houthi militants in Yemen against the UAE and Saudi Arabia.

Saudi Arabia and the UAE are the only two major oil producers that can pump millions of more barrels of more oil - a capacity that, if used, could help calm the crude market at a time when American gasoline prices are at high levels.