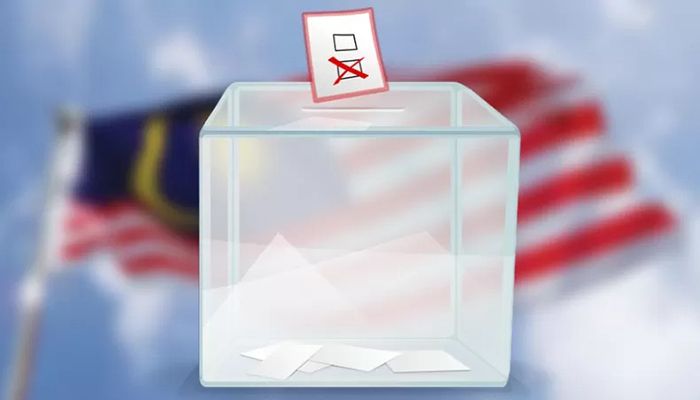 ﻿A scandal-plagued Malaysian political coalition won a sweeping victory in local polls in Johor state on Saturday, giving it a boost ahead of expected national elections due next year, reports AFP.

The Barisan Nasional (BN) took 40 of 56 seats, claiming a two-thirds majority in a contest that saw 239 candidates vying for control of the southern state's legislature.

The powerful bloc has been riding strong since the fall of a reformist government led by Mahathir Mohamad in early 2020, which collapsed due to infighting.

The BN -- through the United Malays National Organisation (UMNO), its dominant member-controlled Malaysia for more than 60 years until an election defeat in 2018, following a string of corruption scandals.

But the coalition has since returned to the political forefront by aligning itself with other parties, even if those alliances have been uneasy at times, and the win in Johor gives it an added boost, an analyst said.

"It's going to have not only a boost but it's actually going to serve as the foundation for a new general election," Bridget Welsh, a Malaysia expert from the University of Nottingham, told AFP.

"It's a recalibrating of the entire political landscape where you're going to have a new push to a return of UMNO to hegemonic power."

Videos posted on social media showed BN supporters chanting "dissolve parliament" at their leaders as the results were being counted late Saturday.

Among those campaigning in Johor was Malaysia's ex-premier Najib Razak, who has been convicted of corruption related to the looting of the 1Malaysia Development Berhad (1MDB) sovereign wealth fund.

Facing a 12-year jail term, Najib is awaiting a final appeal at the country's top court while facing two other ongoing 1MDB-related trials.

The battle for Johor, which borders Singapore, was a tussle between BN, its partners in the national government and various opposition parties.

The result was another setback for veteran opposition leader Anwar Ibrahim's Pact of Hope coalition, which ruled the state after the 2018 polls. This time, it won only 12 seats.

Anwar's alliance also did poorly in two state polls last year, losing many seats to BN and its allies.

Johor was the fourth state to stage elections in the Southeast Asian nation in two years, as political turmoil since 2020 saw two new premiers take power and the fall of three state governments.

Barring one or two exceptions, state polls in Malaysia normally take place alongside national ones, held once within a five-year term.

The government and opposition have previously agreed not to dissolve parliament for national polls until July to focus on the coronavirus pandemic.

But the recent wins have bolstered BN leaders to push for national polls, which are due by mid-2023 at the latest.