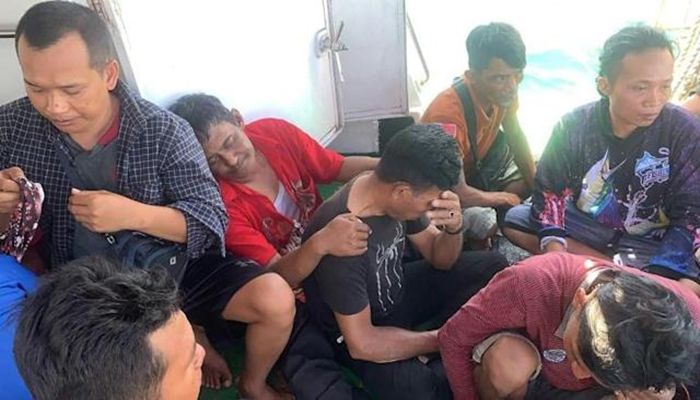 ﻿Twenty-six passengers reported missing when a fishing boat carrying undocumented migrant workers sank off the coast of Indonesia have been found alive, some after drifting for two days, officials said Monday, reports AFP.

Two of the vessel's 86 passengers, who were seeking work in neighbouring Malaysia, were killed when it capsized Saturday, said Rully Ramadhiansyah, spokesman for the Belawan naval base on Sumatra island.

The captain and three crew members all survived.

"We found some of the passengers tightly holding to floats, jerry cans and other floating objects to survive in the ocean," Ramadhiansyah told AFP.

"Some others were rescued by a fishing boat".

The wooden vessel sank off North Sumatra province near the coastal area of Tanjung Api as it attempted to sail through an unguarded route to Malaysia.

It sprang a leak soon after departing before then being hit by strong waves and capsizing.

Officials had previously said there were 89 people on board at the time of the sinking but later revised it to 90 following testimony from the boat's captain.

Relatively affluent Malaysia is home to millions of migrants from poorer parts of Asia, many of them undocumented, working in industries including construction and agriculture.

In January, six Indonesian women drowned off the coast of Malaysia when their boat sank during a suspected attempt to enter the country illegally.