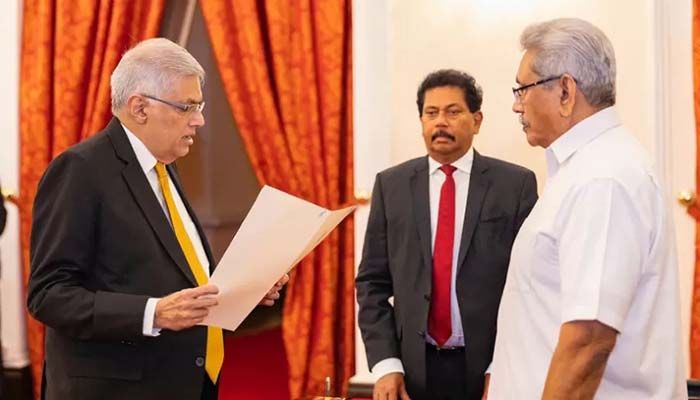 The new prime minister Ranil Wickremesinghe (L) attending his swearing in ceremony before President Gotabaya Rajapaksa (R) at the President's Palace in Colombo on May 12, 2022 || AFP Photo: Collected

Senior political officials said that more ministers will be appointed as the president and prime minister are urging all political parties to join hands to form a national government to tackle the ongoing political and economic instability in the country.