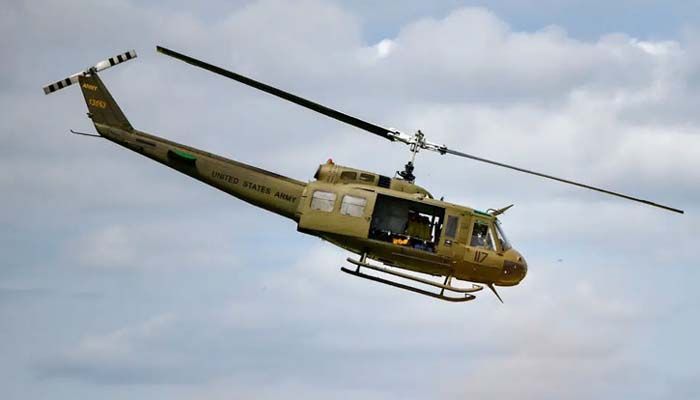 ﻿Six people were killed when a helicopter being flown during a reunion for enthusiasts of historical aircraft crashed on Wednesday evening in Logan County, W.Va., the authorities said.

The helicopter came down on Route 17 near Blair Mountain, said Sonya Porter, the deputy director of the Logan County Office of Emergency Management. The mountainous area in the southern part of the state is known as Kelly Hollow.

Ms. Porter was not sure what might have caused the crash.

“At the time the crash occurred, I think the weather was clear,” she said.

The aircraft was a Bell UH-1B helicopter manufactured in 1962, according to the Federal Aviation Administration. Ray Bryant, who was at the scene of the crash and is the chief of operations for the Logan Emergency Ambulance Service Authority, said its tail number was N98F.

The N98F helicopter is owned by Marpat Aviation, which was holding an annual reunion this week for “Huey” helicopters, a nickname for the aircraft. Its website said people could make a reservation to fly the helicopter without being a pilot.

Flying the helicopter for 30 minutes required a $250 donation to pay for fuel, according to the website, while others could ride along by making a small donation. The helicopter that crashed had been used during the Vietnam War and appears in movies including “Die Hard,” “The Rock” and “Baywatch.”

Mike Holbrook, the owner and operator of Marpat Aviation, did not return a call requesting comment. Two people who answered phone numbers connected with the company hung up on a reporter.

The helicopter, which had taken off from Logan County Airport, crashed into the roadway and guardrail of a rural two-lane road, Mr. Bryant said. He said that the helicopter was still on fire when he arrived, and that in his 35 years with the county’s emergency services, he had seen “no crashes of this magnitude.”

One woman said she ran as quickly as possible to the scene after the crash, ducking under the guardrail. “I went up to the helicopter, but the fire was just so hot, so intense,” the woman, Bobbi Childs, told WSAZ-3, a television station in Huntington.

The F.A.A. and the National Transportation Safety Board will investigate the crash. The victims’ names have not been publicly released._ NewYorkTimes