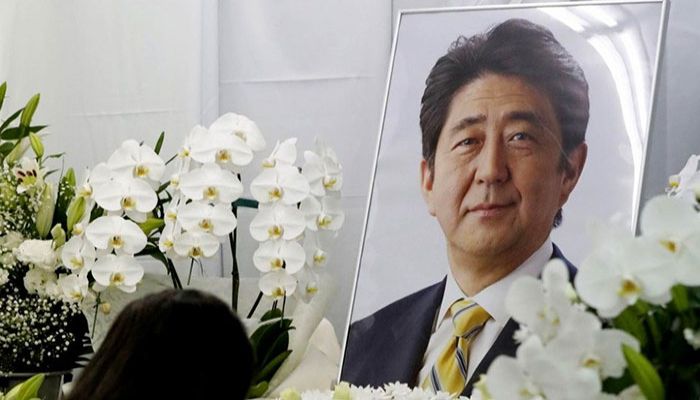 The ceremony will be held at Tokyo's Nippon Budokan, a large venue that has hosted concerts and sports events, and was used for Japan's last state funeral for a former prime minister in 1967.

"We will also accept foreign dignitaries, and countries we have diplomatic relationships with will be informed of details," he added.

Abe was gunned down on the campaign trail on July 8 in the western city of Nara. His accused killer, Tetsuya Yamagami, is in custody and reportedly targeted Abe because he believed the former leader was linked to the Unification Church.

Yamagami's mother is reported to have made large donations to the church, which her son blamed for the family's financial difficulties.

A small private funeral for Abe was held at a temple in Tokyo shortly after his death, with thousands of people gathering outside to lay flowers and offer respects.

The September ceremony will be only the second state funeral for a former prime minister in post-war Japan, after that of Shigeru Yoshida, who led the country following World War II.

Matsuno said the event would be "non-denominational, simple and sombre", adding that costs were still being studied.

The plan faces some pushback, with opposition parties questioning spending public money on an event for a political leader.

A group of activists has asked a Tokyo court to issue an injunction stopping the funeral, though the government has said it does not view the event as pushing a political position on the public.

Abe was Japan's best-known politician, maintaining a prominent place in public life even after resigning in 2020 for health reasons.

But he was also a divisive figure who faced cronyism allegations and was criticised for his staunch nationalist views.