Wang Yi’s Visit to ‘Elevate’ Ties with Dhaka to a New Level: China 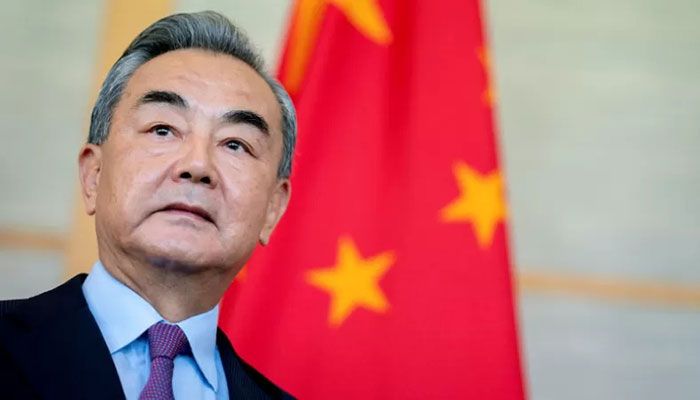 China has said its State Councillor and Foreign Minister Wang Yi’s visit to Bangladesh will elevate the relationship between the two countries to a new level, reports UNB.

“We highly value our relationship with Bangladesh. The visit will elevate the relationship to a new level,” said Chinese Foreign Ministry Spokesperson Hua Chunying ahead of Wang’s visit.

The Chinese Foreign Minister is scheduled to arrive on Saturday afternoon to discuss bilateral, regional and global issues with Bangladesh leadership.

The Spokesperson said they hope the visit will provide an opportunity to further implement the “common understandings” between the leaders of the two countries and “deepen” mutually beneficial cooperation.

“They will have an exchange of views on bilateral relations and international and regional issues of shared interest,” Chunying said.

Bangladesh will likely deepen both its economic links with China and its security links with India in the long term in order to avoid becoming a full client state of either, according to Foreign Brief.

Potential topics include the expansion of Chinese foreign direct investment and the handover of the 8th Bangladesh-China Friendship Bridge to the Bangladeshi government, according to the geopolitical risk analysis site - Foreign Brief.

Almost a third of Bangladesh’s imports come from China, and China has promised to invest $40 billion into joint ventures and infrastructure projects through the Belt and Road Initiative (BRI), it said.

Agriculture Minister Muhammad Abdur Razzaque will receive the Chinese Foreign Minister who is likely to reach Dhaka at 5pm Saturday on a two-day trip, a senior official told UNB on Friday.

The meeting between Foreign Minister Momen and his Chinese counterpart Wang Yi is likely to be held at 7:30am (beginning with breakfast) at a city hotel on Sunday.

“This is going to be different from other bilateral visits. I can’t tell you in detail at this moment as many things are still under last minute discussion,” another official familiar with the development told UNB, speaking on condition of anonymity.

Talking to reporters at the Ministry of Foreign Affairs on Thursday, Shahriar Alam said Bangladesh and China are likely to sign multiple MoUs and agreements during Wang’s visit.

He said the list is not finalised yet and it can be five-seven – new and renewal including cooperation on the disaster management and cultural exchange fronts.

Shahriar assured that the planned MoUs and agreements will be aligned with Bangladesh’s cultural, social and economic policy though the list is not finalised yet.

The state minister said the relationship between Bangladesh and China is “deep and wide” and the two countries will discuss areas of future cooperation.

Responding to a question, the state minister said Bangladesh will seek a stronger role from the Chinese government for early repatriation of the Rohingyas.

Bangladesh is hosting over 1.1 million Rohingyas and there is a tripartite mechanism – Bangladesh, Myanmar and China – to discuss and resolve the crisis.

In January 2017, Wang had an hour-long stopover in Dhaka. This time, he is coming for a longer period.

The Chinese Foreign Minister is likely to leave Dhaka for Mongolia soon after his meeting with Prime Minister Sheikh Hasina.

The visit is taking place amid growing geopolitical tensions with impact on developing countries in the region while experts suggest Bangladesh to ensure a strategic balance amid these tensions.

Earlier, Foreign Secretary Masud Bin Momen said taking a new loan from China will not be a part of their agenda during the Chinese foreign minister's Bangladesh visit.

"This time, the issue of taking loan afresh isn't there at least," he said on Wednesday when a reporter wanted to know whether Bangladesh is going to take a loan from China again.

Asked what message this visit carries amid the crisis in various parts of the world, the foreign secretary said it will be known once the Chinese foreign minister comes. "We are working on the visit. Things are yet to be finalised."

He reiterated that the visit is part of the Chinese side's routine visit to the region and also it is an opportunity to review the existing engagements between the two countries.

"It can't be said (there's) urgency (from the Chinese side). Since he will be visiting this region, he expressed the desire to come here if we can give him time. We are looking into the timings," he said earlier when a reporter wanted to know why there was so much urgency from the Chinese side.