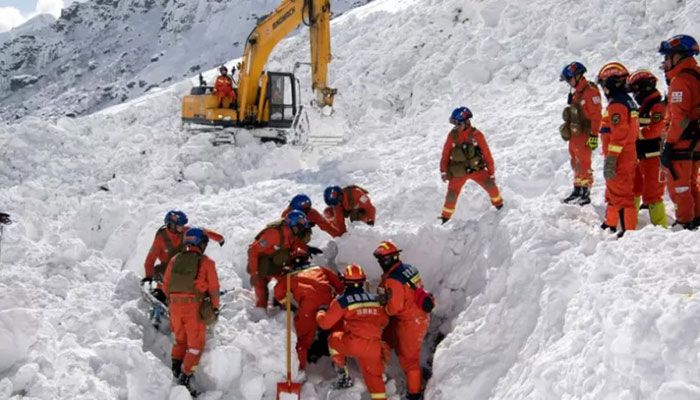 Search and rescue operations after a devastating avalanche that engulfed travellers on a Tibetan highway have ended, Chinese state media reported, with the death toll now at 28, reports AFP.

The snowslide occurred Tuesday evening at the exit of a mountain tunnel in southeastern Tibet, trapping a number of people in their vehicles.

China's Ministry of Emergency Management sent a disaster response team to the region the following day.

The death toll from the incident had risen to 28, the state-run Xinhua news agency reported Friday.

The avalanche at the Duoxiongla Tunnel was "triggered by powerful winds and rising temperatures on Tuesday," experts from the local emergency rescue headquarters told Xinhua.

Avalanches are common in the Himalayas, home to the world's highest mountains.

In October, at least 26 people died when a mountaineering expedition was caught in an avalanche on Mount Draupadi ka Danda-II in India's northern state of Uttarakhand.