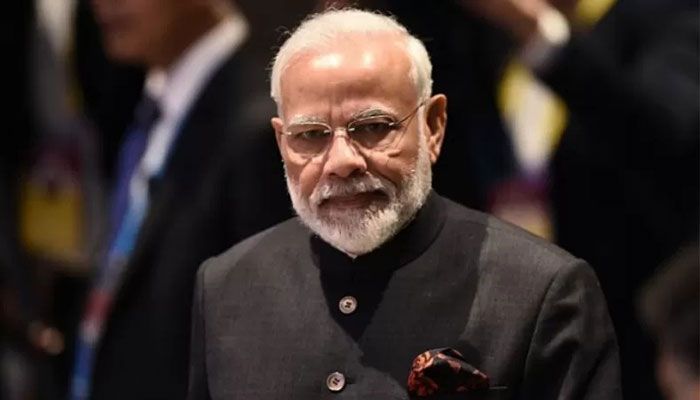 India has ordered Twitter and YouTube to take down links of a BBC documentary on the 2002 Gujarat riots and Prime Minister Narendra Modi, reports Al Jazeera citing sources.

Multiple YouTube videos of the first episode of the BBC documentary, India: The Modi Question, and more than 50 tweets with links to the YouTube videos were ordered to be taken down, Kanchan Gupta, senior adviser at Ministry of Information and Broadcasting, tweeted on Saturday.

He said that the content was blocked using the emergency powers under the IT Rules, 2021. “Both @YouTube and @Twitter have complied with the directions,” he tweeted.

The first episode of the two-part series documentary, which aired on January 17, tracked Modi’s early years as a politician and his rise through the ranks of the governing Hindu nationalist Bharatiya Janata Party (BJP).

Modi was the chief minister of the western state of Gujarat when it was gripped by communal riots that left more than 1,000 people dead – most of them Muslims. The violence erupted after a train carrying Hindu pilgrims caught fire, killing 59.

The documentary revealed for the first time a United Kingdom government report into the deadly 2002 religious riots. The UK report said the events had “all the hallmarks of an ethnic cleansing”, the documentary showed.

Jack Straw, who was the UK’s foreign secretary at the time of the violence, was also interviewed in the documentary and said allegations against Modi undermined his reputation.

“These were very serious claims – that Chief Minister Modi had played a pretty active part in pulling back the police and in tacitly encouraging the Hindu extremists,” Straw said. “That was a particularly egregious example.”

“What we did was establish an inquiry and have a team go to Gujarat and find out for themselves what had happened. And they produced a very thorough report,” he added.

The report also claimed there was widespread rape of Muslim women during the 2002 violence. It added that the riots’ objective was to “purge Muslims from Hindu areas” – something critics today have said has become state policy under the BJP’s Hindu nationalist agenda.

The documentary was not made available in India, but it was uploaded on several YouTube channels and shared widely on Twitter, with a number of hashtags trending such as #BBCDocumentary #BBCQuitIndia and #GujaratRiots among others. The second episode will be aired on January 24.

India’s foreign ministry on Thursday dismissed the documentary as a “propaganda piece”.

Foreign ministry spokesperson Arindam Bagchi said the film was meant to push a “discredited narrative”. He added that a “bias”, “lack of objectivity”, and “continuing colonial mindset” is “blatantly visible” in it.

“It makes us wonder about the purpose of this exercise and the agenda behind it, and we do not wish to dignify such efforts,” he told a news conference in New Delhi.

The BBC, the UK state broadcaster, said its documentary on Modi was “rigorously researched”.

“The documentary was rigorously researched according to highest editorial standards,” the BBC said in a statement.

“A wide range of voices, witnesses, and experts were approached, and we have featured a range of opinions – this includes responses from people in the BJP. We offered the Indian Government a right to reply to the matters raised in the series – it declined to respond.”

The UK foreign office has not commented on the issue so far. Prime Minister Rishi Sunak said on Thursday that he did not agree with the characterisation of Modi in reply to a question in the parliament.

Accused of failing to stop the rioting, Modi denied the accusations and was exonerated in 2012 following an inquiry by India’s top court. Another petition questioning his exoneration was dismissed last year.

Modi has defended his handling of the worst religious violence in post-independent India and has refused to apologise. In the documentary, he told the BBC journalist that the police under him did “excellent work” to control the violence in 2002.

Jill McGivering, who interviewed Modi in 2002 for the BBC, recalled in the documentary: “He [Modi] struck me as a very charismatic, very powerful and quite menacing figure.”

Several Gujarat BJP leaders and their supporters were handed lengthy jail terms for their involvement in the violence but many of them are now out on bail and 11 men accused of gang rape were released by Modi’s governing BJP party last year.

Rights campaigners and officials who helped fight justice for the riot victims have had cases slapped against them, some of them jailed.

Since Modi became prime minister in 2014, the country has seen increased attacks against Muslims, who form 15 per cent of India’s 1.4 billion population.