US, Germany to Send Tanks to Ukraine: Reports 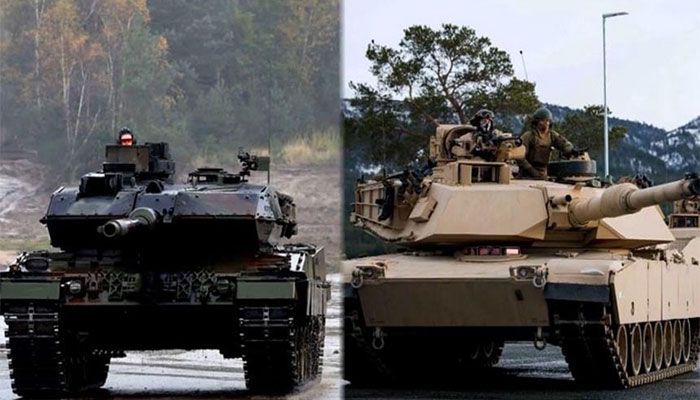 Germany will provide Ukraine with Leopard tanks, national media reported Tuesday, following months of intense pressure on Berlin to supply the armaments much sought after by Kyiv to repel Russian troops, reports AFP.

Berlin will also allow allies with stocks of the powerful German-made tanks to send them on to Ukraine, the German media said.

The reports came as the Wall Street Journal cited US officials saying that Washington is now leaning towards sending a significant number of Abrams M1 tanks to Ukraine, with an announcement possibly coming this week.

In the German armed forces, a company comprises 14 tanks.

Separately, Spiegel Online said the tanks would come from the Bundeswehr's own stocks, while other deliveries further down the line may stem from industry stocks.

Contacted by AFP, a spokesman for Chancellor Olaf Scholz declined to comment on the reports.

He had said a decision was still out on greenlighting their deliveries, but promised a verdict imminently.

Ukraine and several of its allies have been urging Germany for weeks to allow the delivery of the Leopards, but a US-led meeting of Kyiv's allies in Germany last week failed to yield a decision.

Over the last weeks, Chancellor Olaf Scholz had repeatedly stressed that Germany would not go it alone on sending tanks.

A senior US lawmaker told AFP last week that Scholz had told US congressmen that Germany will supply the battle tanks to Ukraine if the United States also sent tanks.