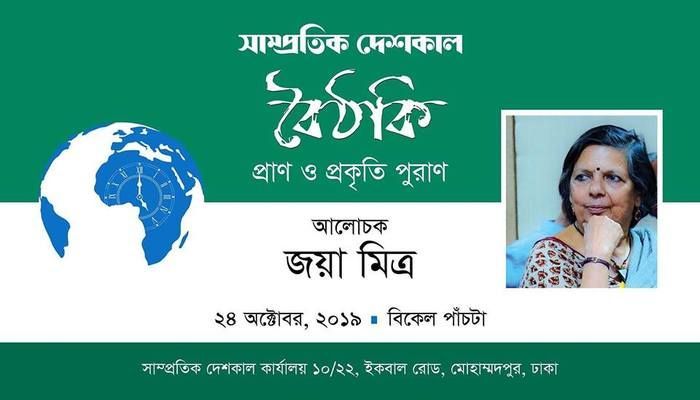 At the meeting - Jaya Mitra, an acclaimed writer, and journalist of India will be present as the keynote speaker.

She was born in 1950. In the seventies, she became involved with the leftist movement. Later on, she had gone through long imprisonment without trial and the imprisonment taught her to write her proses. Though she started writing poetry before that.

Afterward, society and nature, the relation between the two and the living style of the people have become Jaya Mitra's concern. Because of this, the quest for the greater meaning of life becomes the subject of Jaya's writing.

In fact, she does not believe that there is any division between stories, poems, and novels. She arranges letters to express her anger-agony-joy and love.

Jaya Mitra has about 12 publications. And her translation is almost equal to her publications. The writer also received several national awards in India. For the last nineteen years, she has been editing the journal 'Vumadhyasaga' on environment and culture.

This time Jaya Mitra will talk about 'Pran and Prakriti Puran' at Shampratik Deshkal.