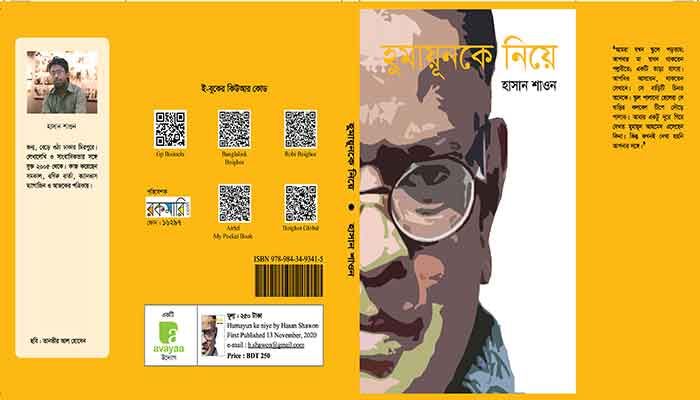 The cover and introduction of the book were written by Ahsan Habib- writer, cartoonist, 'Unmad' editor- and the younger brother of Humayun Ahmed. The publisher of the book is Avayaa Limited.

The author of Humayunke Niye’ Hasan Shawon writes that those of us who were born and raised during 80s-90s can be called 'Humayun's generation' in one word. In many ways, we have been influenced by this maestro. His creations Himu, Rupa, Misir Ali, Shuvro, Baker bhai, Majnu relied heavily on us. So, I have always felt a responsibility to write about him.

The idea of publishing this book is due to the desire that the writings about Humayun Ahmed should be different from other writings.

The author acknowledges that A popular writer can be influential to change a backward population which creates new readers. The reader later finds his own imagination in the next world. Humayun Ahmed has done this in a Bengali speaking people. In the Bangladeshi publishing industry, there has been a huge trade in aesthetics and book fairs centered on Humayun’s achievement. Those who do not have a book in their house also have a book by Humayun Ahmed. He who is not in the habit of buying books also collects a book by this author from the Ekushe book fair.

Hasan Shawon, the author of Humayunke Niye, was born and raised in Mirpur, Dhaka. He started writing in 2005 as a contributor to the feature section of the daily Samakal. He then worked for the now defunct fashion and lifestyle magazine Rainbow. For a while, he has been working as a contributor in the political magazine 'Rajkut' of the daily Kaler Kantha. In 2011, Hasan Shawon joined as Sub-editor of the first Bengali language Business Daily Bonik Barta. Then in 2013, he joined Canvas Magazine as a Senior Staff Reporter. He later worked as a senior sub-editor and shift in-charge for the online news outlet Ajker Patrika.

In addition to journalism and writing, Hasan Shawon has completed a diploma course in documentary making from the Bangladesh Film and Television Institute.

The hard copy of 'Humayun Ke Niye' will be sold on Rokmari.com from November 14. The ebook version of 'Humayunke Niye' can be downloaded from Boighar, Banglalink Boighar, Robi Boighar, Airtel My Pocket Book App and Grameenphone Book Fair website.

Humayun Ahmed was simultaneously the most popular writer, screenwriter, TV drama, film producer, lyricist and painter. He died on July 19, 2012, at 11:20 pm Bangladesh time at the age of 63, after being diagnosed with colon cancer at Bellevue Hospital in New York.