“AKJON GOLAM MURSHED,” Is the Life Story Of a Lyricist 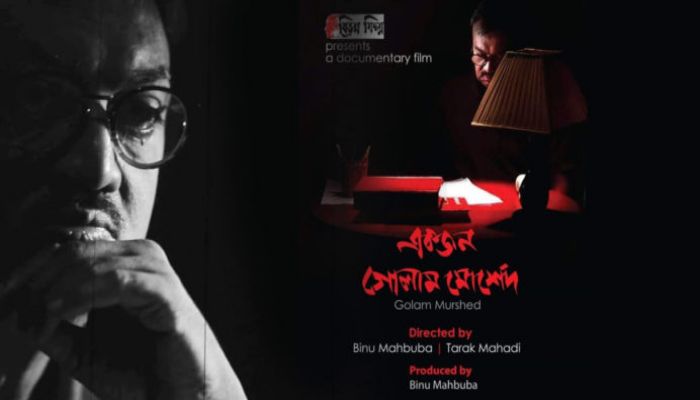 ﻿﻿﻿﻿Lyricists generally spend a significant amount of time in the music industry, especially in the modern music era. As a tribute to a maestro of the industry, “Ekjan Golam Morshed” is perhaps the first Bangladeshi documentary film on a lyricist’s life and career.

In the early 90s, Golam Morshed started writing ﻿﻿lyrics for prominent performers and along with them, he made his masterpiece “Bitrishna Jibone Amar”.  Lucky Akhand— a well-known artist and composer— composed all the songs (lyrics) of the album. It was a huge hit cassette at the time, and it is still going strong now.

Golam Morshed was born in Dhaka on September 25, 1956. He has a Bachelor's and a Master's degree in management and later on he has worked in the garment industry in 1986 and in the information technology industry in 2010.

Anyway, since 1998 he has been working as a professional songwriter till date. His lyrics have been sung by some of the greatest artists like Lucky Akhand, James, Ayub Bachchu, Hasan, Subir Nandi, Kumar Biswajit, Tapan Chowdhury, Samina and Fahmida Nabi, Niloy Das, Asif Akbar, Bappa Majumder, Nipo Rose. And some other potential performers.

Earlier Ghulam Morshed made his debut as a lyricist with the help of renowned composer Lucky Akhand. And majority of Lucky Akhand’s songs were also written by him. In addition, Lucky Akhanda has also arranged a number of unreleased tracks for Golam Morshed.

The documentary  "Akjon Golam Murshed" is about the colorful life and work of this celebrated lyricist that has been recently posted on YouTube.