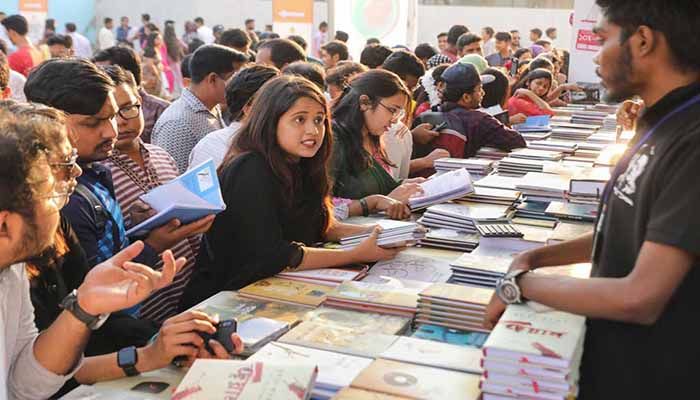 Since the COVID-19 pandemic situation is relatively tolerable as of now, the month-long Amar Ekushey Book Fair is going to begin on February 1 next like traditional ways, reports BSS.

The Bangla Academy authorities have now taken a decision to continue the book fair up to the stipulated time of February 28, the period till that, the fair is usually held every year.

He expected that the book fair will be held successfully.

He said all pragmatic steps were taken to organise a giant programme on fair premises marking the Birth Centenary of Father of Nation Bangabandhu Sheikh Mujibur Rahman and the Golden Jubilee of Bangladesh's Independence.

Ahmed also urged all concerned including visitors to maintain the proper health guidelines in book fair.

He said necessary steps are being taken by the Bangla Academy to follow strict hygiene rules considering the 'Omicron Covid variant' so that the book-lovers can come and roam safely.

About the facilities given to the publishers, Ahmed said they (publishers) will be able to pay rent of stall at fair through installments.

"They will enjoy such opportunity for the first time," he said.

He further said that the January 5 deadline for paying stall rent has been extended.

Mentioning that publishers paid the rent of the stalls at the end of November last year, he said but this time, payment dateline has been extended for the benefit of the publishers.

He sought combined efforts of all concerned so that the publishers could get more facilities in the book fair.