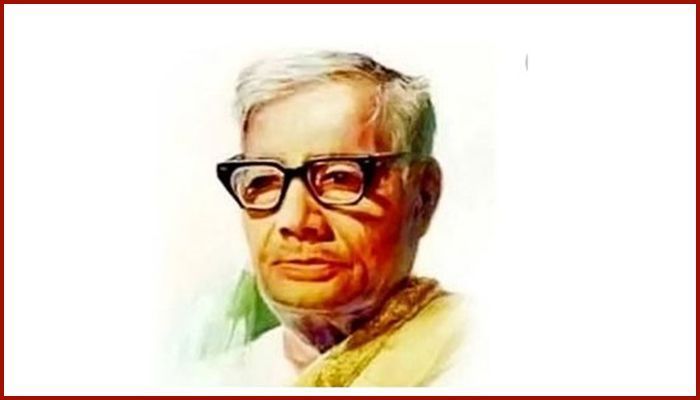 Today marks the 116th birth anniversary of Polli Kobi (folk poet) Jasimuddin. The poet was born on this day in 1903 in his uncle's house in Tambulkhana village of Kaijuri union of Faridpur Sadar Upazila.

He has enriched Bengali literature by composing many time-honored books of poetry including graves, invitations, many memorable poems, Sojan Badiyar Ghat, Nakshi Kantha Math. He died in Dhaka on 14 March 1976 at the age of 73. On the same day, he was buried under the historic pomegranate tree at his ancestral home in Gobindpur village of Ambikapur union in Faridpur Sadar.

Kabir's education began in the benevolent school of Faridpur city. After completing his primary education there, he passed matriculation from Faridpur Zilla School in 1921, HSC from Faridpur Rajendra College in 1924, and BA from the same college. He passed MA from Calcutta University in 1931. He later joined the teaching profession at Dhaka University. The poet retired from his job in 1961. Poet Jasim Uddin died on March 14, 1976. Sitting in this room, the poet has composed many timeless poems.

Rural poet Jasim Uddin started practicing poetry from his childhood. When Kabir was in the ninth grade at the age of 14, a poem of his was published in the then Kallol newspaper. Rakhali is the first book of poetry of the poet. Since then, he has published 45 different books. The poet was awarded the UNESCO Prize in 1976, the D.Litt degree from Visva-Bharati University in 1968 and the 21st Medal in 1976.