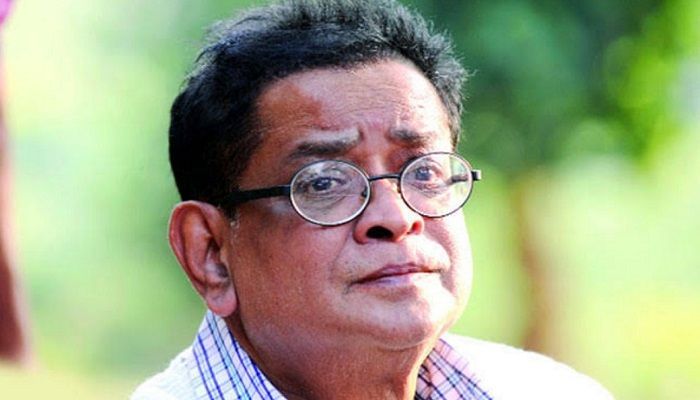 ﻿Two persons, including a book dealer, have been ordered to appear in court by October 25 in a case filed by acclaimed writer Humayun Ahmed’s Widow Meher Afroz Shaon for embezzlement of the writer's four paintings.

Earlier, the court accepted the investigation report given by the Police Bureau of Investigation (PBI) on June 23. After the hearing, the magistrate recorded Shaon's statement, took cognizance of the complaint and directed the PBI to investigate the matter and submit a report.

It is known that on June 29, writer's wife Meher Afroz Shaon filed a case in the Chief Metropolitan Magistrate's Court (CMM) of Dhaka for embezzling Humayun Ahmed's paintings.

The main accused in the case, Ruma Chowdhury and her husband Manjurul Azim Palash, were accused of fraud, misappropriation and illegal exhibition of Humayun Ahmed's picture along with false claims of theft.

According to the details of the case, Humayun Ahmed drew several paintings during his stay in New York in 2012 for cancer treatment. Humayun Ahmed became close to Ruma Chowdhury and her ex-husband Biswajit Saha, who were staying in New York at that time.

Accordingly, Humayun Ahmed gave 24 of his paintings to Ruma and Biswajit to present in the exhibition. As per the conditions, they were supposed to return the pictures after the exhibition, but they started making various excuses to return those paintings. Besides, four paintings are also reported to be missing.

Later in 2013, with the intervention of various cultural personalities including Asaduzzaman Noor, the writer's family got 20 pictures back. Biswajit Saha returned the paintings to Humayun Ahmed's mother Ayesha Foyez at Pallabi's residence in Mirpur.

After breaking up with Biswajit Saha in 2015, Ruma Chowdhury returned home and started living with Manjurul Alam Palash in Cumilla.

Manjurul Alam Palash said on Facebook that a painting by Humayun Ahmed will be displayed in an exhibition organized from April 1 to April 10 in Cumilla on March 31 this year.

Meher Afroz Shaon said in the details of the case that among the published paintings, one of the four missing paintings of Humayun Ahmed was published.

Manjurul Azim Palash, the organizer of the exhibition, showed the picture in the 'Selected Painting Exhibition of 100 Artists of Bangladesh and India' which was displayed in Cumilla for 10 days.

It is mentioned in the case that Humayun Ahmed's family was cheated by embezzling all four paintings.

Ruma Chowdhury is currently staying in Cumilla with her husband Manjurul Azim Palash. Ruma's ex-husband Biswajit Saha is a wholesale distributor of Bengali books in the United States and organizer of the New York Book Fair.

Biswajit Saha was a close associate of Humayun Ahmed. Humayun Ahmed died in New York on July 19, 2012 after suffering from cancer.