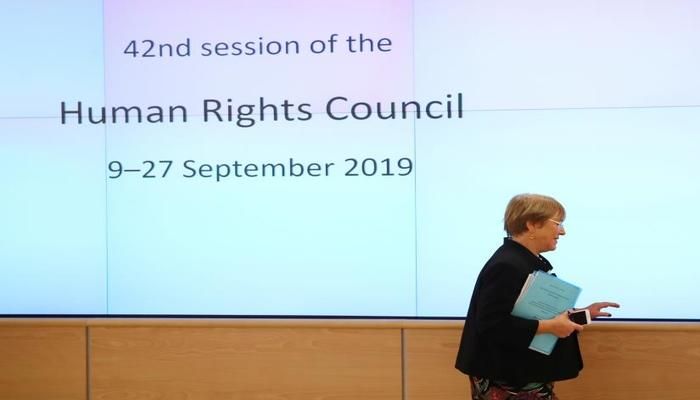 The UN has urged the Myanmar government to cooperate with the international mechanisms that have been established both to ensure justice and consolidate Myanmar’s democratic transition.

“In Myanmar, it is now two years since horrific violations by the Army, including killings and sexual violence, drove nearly a million Rohingya people out of the country,” said UN High Commissioner for Human Rights Michelle Bachelet

Bachelet made the call in her opening statement at the 42nd session of the Human Rights Council in Geneva on Monday (Sept 9).

Now Rakhine State is experiencing another conflict between the so-called Arakan Army and the Tatmadaw, and another wave of human rights violations and displacement, she said, adding that this is affecting both ethnic Rakhine and Rohingya communities and will make it even harder for refugees and internally displaced people to return.

The recent escalation of clashes in Shan State and long-standing conflicts in Kachin State also cause displacement and human suffering, and undermine the peace process, she added.

This Council session will hear the final report of the Fact-Finding Mission, and she commended it for giving the world a clear picture of the gravity and scale of the violations that have been committed across Myanmar.

“The need for accountability is compelling and urgent, and I am very pleased to note that the Independent Investigative Mechanism for Myanmar, which was established by the Council in its historic resolution 39/2, was declared operational by the Secretary-General in August,” said Bachelet.

Following her statement, the Head of the Mechanism will be briefing the Council on steps already taken to advance the powerful work of the Fact-Finding Mission, by compiling cases for criminal prosecution.

“And I welcome Myanmar’s adoption in July of a landmark Child Law, which will bring the law substantially into compliance with the Convention on the Rights of the Child and ILO Conventions,” she added.