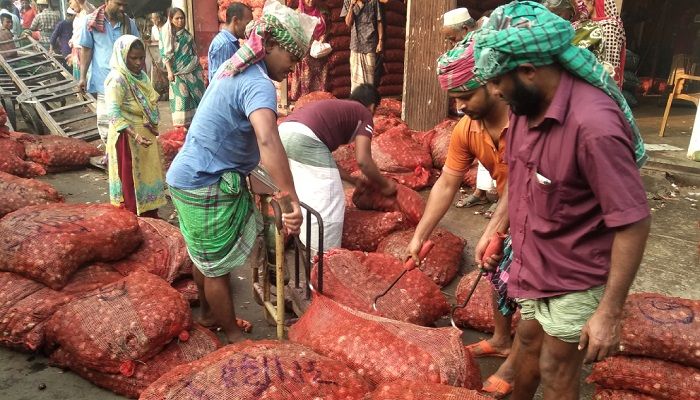 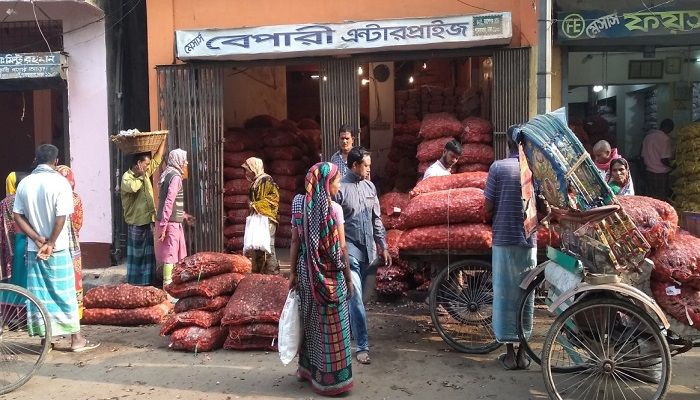 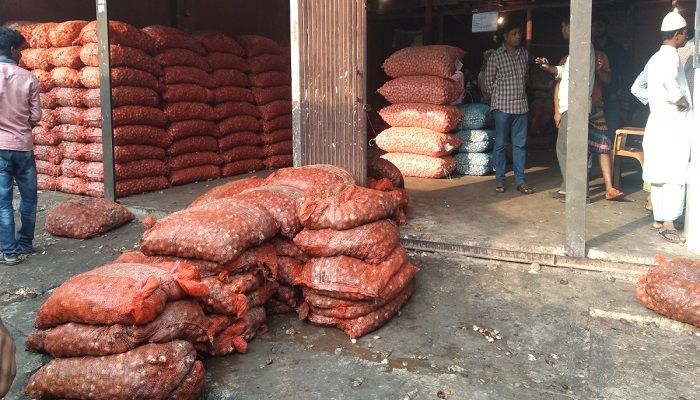 ﻿﻿Prices of onion soared again on Friday, fueled by higher demands and a supply crunch as the imported ones are yet to hit the markets.

Bangladesh has been struggling to control overheated prices of the daily commodity which reached an all-time high in recent days after India imposed an indefinite export ban on September 29 which is likely to remain in place until February next year.

Wholesale traders in Dhaka said local variety prices will not come down to Tk 100 per kg anytime soon as hit started to hit the market but their quantities are not enough, one of the traders said.

They said prices will not cool down until the local onion or those imported from India arrive.

Nazrul Islam, a wholesaler at Karwan Bazar, said he has been selling local onion at Tk 180-185 per kg since Friday morning as demand pushed up the prices.

Islam said the prices started to come down in the wholesale market after the government announced to import onion on an emergency basis but it made no change in the retail markets. ''I suffered a loss of around Tk 50,000 last week as I sold local onion at low prices due to lack of customer as well as fearing punishment of mobile court,'' he added.

According to Trading Corporation of Bangladesh (TCB) data, the local variety was being soled at Tk 170-190 per kg while the imported one at Tk 140-160 on the day.

Hridoy, another wholesaler, said he usually sells 100-120 sacks of onion every day. ''But I managed to sell only five to 10 sacks a day last week as there were very few customers,'' he said. ''But the demand increased on Friday and I’ve already sold 50 sacks,'' he added.

The price of imported onion fell further after the first consignment of 81.5 tonnes arrived from Pakistan on Wednesday. Another 105 tonnes of Egyptian onion was brought by air on Thursday.

Abul Kalam, a wholesaler of Karwan Bazar, said he had been selling Egyptian onion at Tk 110 per kg and Turkish at Tk 100.

''The prices won’t decrease until new onion or those recently imported hit the markets,'' he said.