Rohingyas Are Not Our Citizens: FM 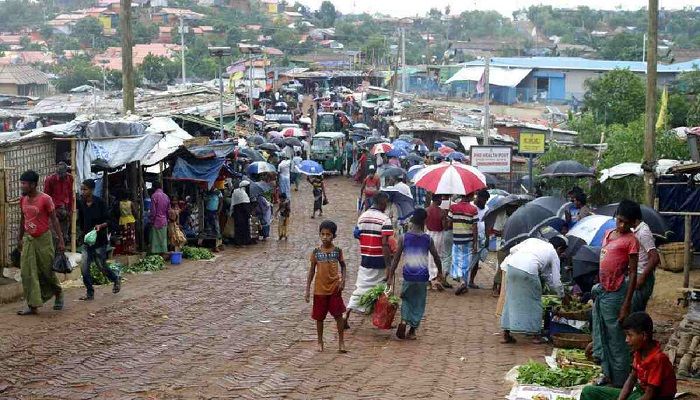 ﻿Bangladesh has ruled out any possibility to accept 269 Rohingyas detained by the Malaysian authorities saying it is no way Bangladesh's responsibility.

"Rohingyas are not our citizens. Under no circumstances we are obligated to take them back," said Foreign Minister Dr AK Abdul Momen.

He said if any country finds them, that particular country can do whatever they would like to do and surely it is not Bangladesh's responsibility.

Foreign Minister Dr Momen made the Bangladesh position clear when his attention was drawn about media reports that Malaysia might request Bangladesh to take back the detained Rohingyas from Malaysia.

He said those countries (which give Bangladesh suggestions) are most welcome if they want to take back Rohingyas who are given shelter in Bangladesh.

Dr Momen said Bangladesh also wants a better life for Rohingyas but Bangladesh cannot do beyond its capacity and appealed the global leadership to take back Rohingyas.

The Malaysian authorities detained 269 Rohingya refugees and found a body on board a suspected smuggling boat they said had been intentionally damaged so it couldn't be turned back to sea.

How long the Rohingya were at sea and where they came from were not disclosed, reports AP on Tuesday.

Hundreds of thousands of ethnic Muslim Rohingya have fled Myanmar due to a military crackdown and many live in densely crowded refugee camps in Bangladesh.

Muslim-dominated Malaysia has been a common destination of boats arranged by traffickers who promise the refugees a better life abroad.

Malaysian marine officials intercepted the vessel Monday off the northern resort island of Langkawi, the National Task Force said in a statement.

Malaysian officials had intended to turn the boat away, but it had been purposely damaged with its engine beyond repair.

The refugees were fed and placed in a temporary detention facility, while the body has been handed over to the police for investigation, the statement said.

The National Task Force said 396 people attempting to sneak into the country illegally have been detained since May, along with 108 boat skippers and 11 suspected smugglers.

It said 22 boats with some 140 immigrants trying to enter the county illegally have also been turned away since May. It didn't give details on the nationality of the migrants.

The count didn't include a boat carrying some 200 Rohingya refugees, including children, that was turned away in April for fear the refugees may bring the coronavirus into the country.

Malaysia has seen more than 700 new infections in immigration detention centers since last month, coinciding with a series of raids in Kuala Lumpur in which more than 2,000 people were detained for staying illegally in the country.

Malaysia has reported 8,329 infections and 117 deaths from COVID-19, and its nearly three-month lockdown ends this week with the reopening of almost all sectors of the economy.

Malaysia has about 2 million migrant workers with legal status and more than 2 million without it. In addition, some 180,000 refugees and asylum seekers — including 101,000 Rohingya — are registered with the U.N. refugee agency.

Bangladesh, earlier, said the situation has become untenable for the country.

Bangladesh has shown an "extraordinary generosity" in hosting a huge number of persecuted Rohingyas from Myanmar.

There was no progress in the repatriation of Rohingyas to Myanmar. Till to date, Myanmar had not taken a single Rohingyas back.