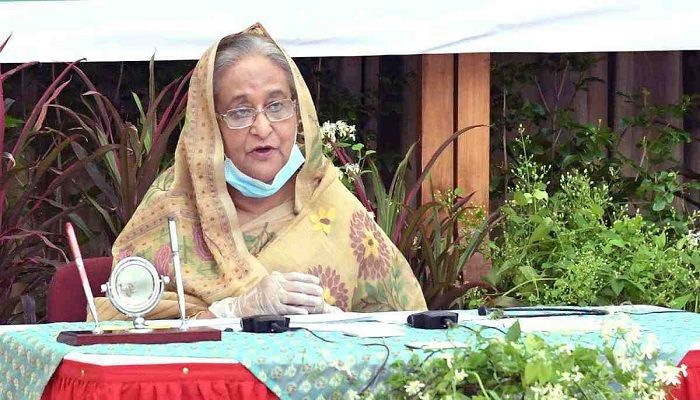 ﻿Describing the Narayanganj mosque blast as a very sorrowful incident, Prime Minister Sheikh Hasina on Sunday said it is essential to oversee whether mosques in the country are constructed maintaining the due designs and with permission from relevant authorities so that such incidents do not reoccur again.

''Now air-conditioners are being installed in the country's mosques in an unplanned way or mosques are built anywhere without proper planning. It's absolutely essential to see if the place is suitable to construct a structure or relevant permissions are taken from appropriate authorities or its design is formulated accordingly. Or else, such incidents might recur anytime,'' she told Parliament.

The Prime Minister said this joining the discussion on a condolence motion brought in the House expressing profound shock at the demise of two sitting MPs –-Advocate Sahara Khatun and Israfil Alam— as well as former President of India Pranab Mukherjee and some other personalities.

Sheikh Hasina said the government has already formed a committee to ascertain the reason why the deadly blast in the Naryanganj mosque took place.

''Now it's being investigated to find out how and why this incident happened. I would like to say it (the reason) will definitely be unearthed,” she added.

The Prime Minister said she has already instructed the Cabinet Secretary and the electricity and gas authorities to identify the reasons behind the incident.

She said the government has taken all the necessary measures for the treatment of those injured in the deadly blast.

She prayed for the salvation of the departed souls, expressed deep sympathy to the bereaved family members and wished speedy recovery of the injured