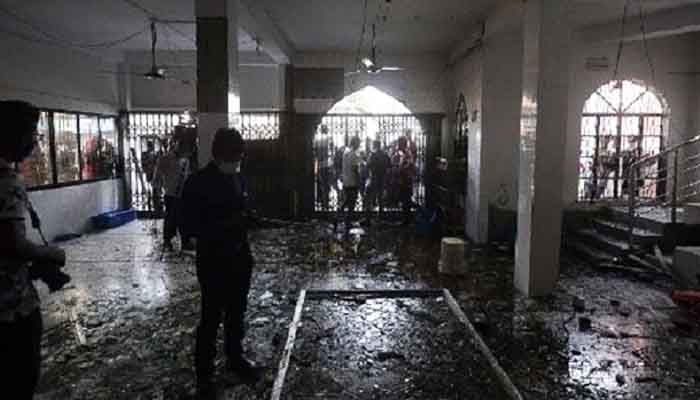 ﻿Titas Gas ltd has suspended its eight officials and employees on Monday afternoon over the Narayanganj mosque blast.

The authorities of Titas Gas took the decision within three days into the deadly explosion at the Baitul Salat mosque in Narayanganj that claimed 27 lives so far.

A gasoline leak in an underground pipeline induced six air conditioners of the mosque to explode nearly concurrently during Esha prayers on Friday night.