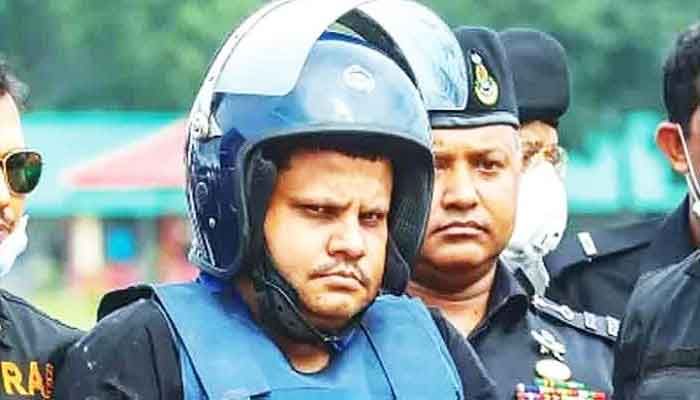 The defence earlier in the day concluded cross-examining the first PW and plaintiff of the case, detective branch inspector SM Gaffarul Alam.

The plaintiff on September 10 submitted his deposition and was partly cross-examined.

After today's proceedings, the court adjourned the hearing till Monday.

The court on August 27 framed charges in the case, while the sole accused pleaded not guilty. Earlier on August 19, the court took into cognizance the charge-sheet filed in the case.

Shahed was arrested by RAB from Debhata upazilla of Shatkhira in the early hours of 15 July and was airlifted to the capital in the morning.

DB conducted a raid on one of his Uttara dens on 18 July and recovered illegal arms and narcotics. They later filed the case with Uttara West police station.