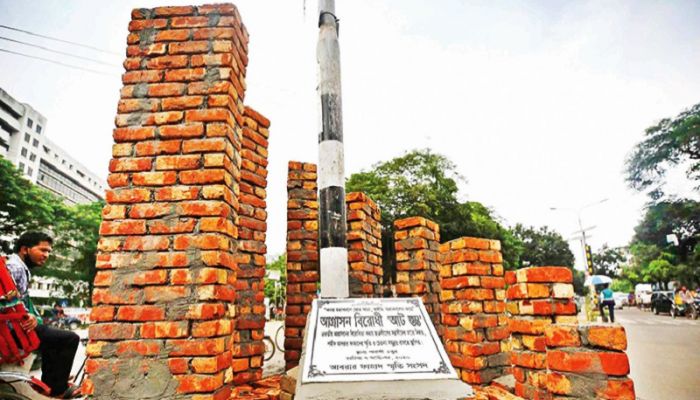 The statue was constructed in front of the main entrance of Bangladesh University of Engineering and Technology (BUET).

The following day, the city corporation bulldozed the structure in the presence of police.

KM Ashraf, officer-in-charge of Lalbagh police station, expressed his ignorance of the incident.

''We do not know when the monument was constructed and demolished,'' he said.

However, he said the place where the statue was constructed belongs to the city corporation.

Abrar, a second-year student of the Electrical and Electronic Engineering Department of BUET, was hacked to death by allegedly a group of Bangladesh Chhatra League members of the university unit on October 7, 2019.

Later, his father filed a case with Chawkbazar Police Station against 19 BCL leaders.