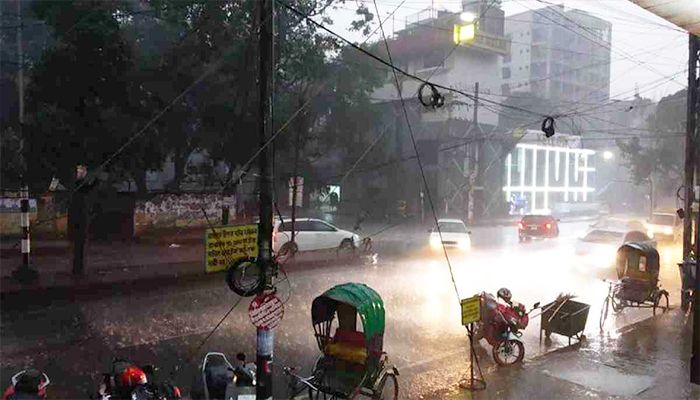 ﻿Bangladesh Meteorological Department on Saturday forecast light to moderate rain over parts of the country in the next 24 hours starting from 6 am today (Saturday).

''Light to moderate rain or showers accompanied by temporary gusty wind is likely to occur at a few places over the Sylhet division and at one or two places over Mymensingh, Dhaka, Khulna, Barishal & Chattogram divisions. The weather may remain mainly dry with temporary partly cloudy sky elsewhere over the country,'' it said.

Day and night temperatures may remain nearly unchanged over the country.

It is likely to intensify further. A trough of low lies over Bihar to Assam across West Bengal and Bangladesh.

Monsoon is less active over Bangladesh and weak over North Bay.