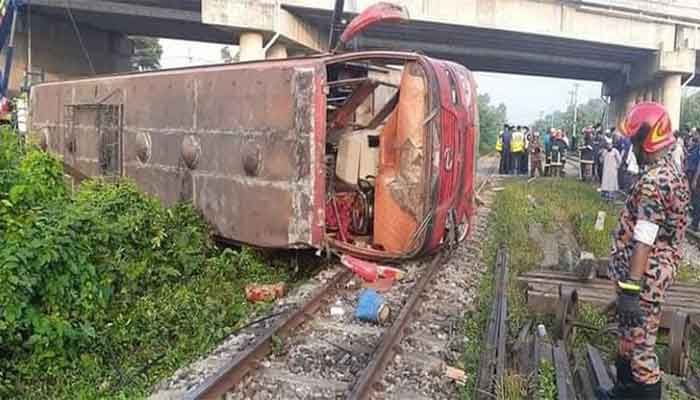 ﻿At least three people were killed and 15 others injured after a train hit the Dhaka-Chattogram Railway in the Fateh Rail crossing of Feni on Sunday morning.

According to police and fire services sources, 'Chattogram Mail' reaches the 'Shyamoli Paribahan' passenger bus from Chapainawabganj. The bus crossed the railway line at 6:15 a.m. when the crash happened, leaving three bus passengers dead on the spot and 15 passengers injured.

The injured were admitted to the 250-bed hospital. Later, the three were sent to Chattogram and Dhaka in critical condition.