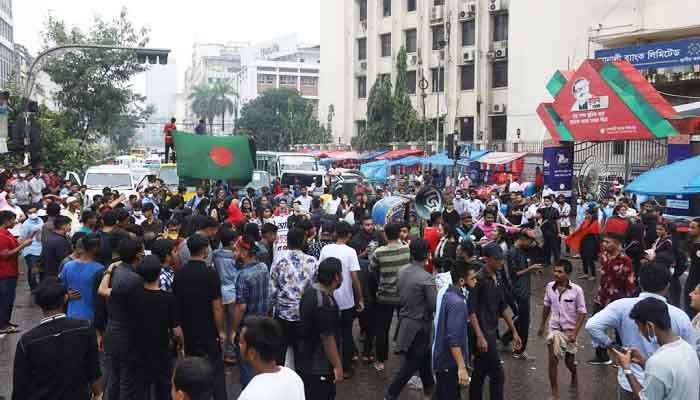 ﻿Several hundred students of the two institutions took to the street around 1:30pm on Sunday and demonstrated after putting up barricades on the road.

Vehicular movement on roads towards Dainik Bangla, Arambagh and Ittefaq intersection from the capital’s business hub remained suspended for nearly three hours during the protest.

They, however, called off the demonstration for the day and left the area around 4pm, said Dhaka Metropolitan Police’s Motijheel Division Additional Deputy Commissioner Enamul Haque Mithu. Later, vehicular movement returned to normal, he added.

Protesters including students, leaders and activists of different organisations have been demonstrating around the country for the past week over the growing incidents of rape, sexual harassment and violence against women and children in Bangladesh.

The recent incidents of gang rape at Sylhet’s MC College and a housewife’s molestation in Begumganj of Noakhali had fuelled the protests.

The demonstrators are demanding exemplary punishment and speedy trial of the rapists.