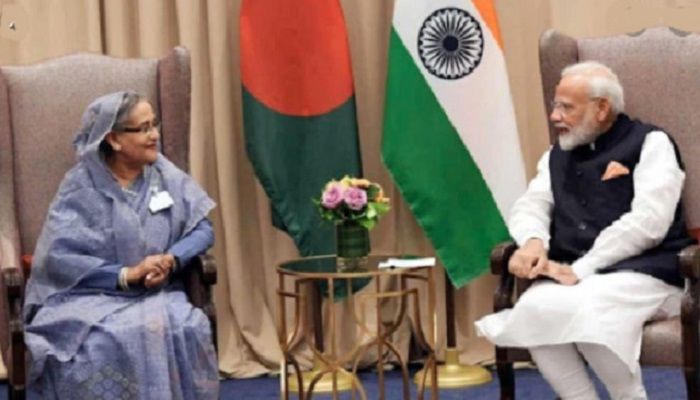 ﻿Indian High Commissioner to Bangladesh Vikram Kumar Doraiswami on Wednesday assured that the planned December virtual summit between Prime Minister Sheikh Hasina and her Indian counterpart Narendra Modi is not being seen as a substitute for an in-person visit by Prime Minister Modi.

Rather it will be a complementary summit, he said during his meeting with State Minister for Foreign Affairs M Shahriar Alam.

He assured that Bangladesh will get top priority for trial, distribution, delivery and partial co-production of the vaccine following the trial in India.

During the meeting, both of them agreed to hold the long-pending meeting of the Joint Rivers Commission (JRC) at the ministerial level soon.

The State Minister recalled the decision of the last Joint Consultative Commission (JCC) to hold the virtual summit between the two prime ministers of Bangladesh and India, while the High Commissioner assured that that.

He congratulated the High Commissioner on assuming his assignment in Bangladesh.

The High Commissioner acknowledged the willingness and efforts of the State Minister to develop bilateral relations between Bangladesh and India.

Both of them appreciated the historical bondage between two nationals.

The State Minister hoped that the people-to-people connectivity between the two countries would be restored to normalcy soon.

In this regard, he appreciated the Indian side for reopening the 'people-people' movement and requested it to ease their visa regulations.

The High Commissioner assured that the air bubble arrangement between Bangladesh and India will convene soon and other regulations will also be eased eventually.

Both sides stressed the importance of creating an easy, sustainable mechanism for bilateral people-people movement, with ease of travel and exchange of currency.

Other issues, including restoration of Chilahati-Haldibari rail link, connectivity with North-East India and Bangabandhu-Bapu Digital Museum, were also discussed during the meeting.