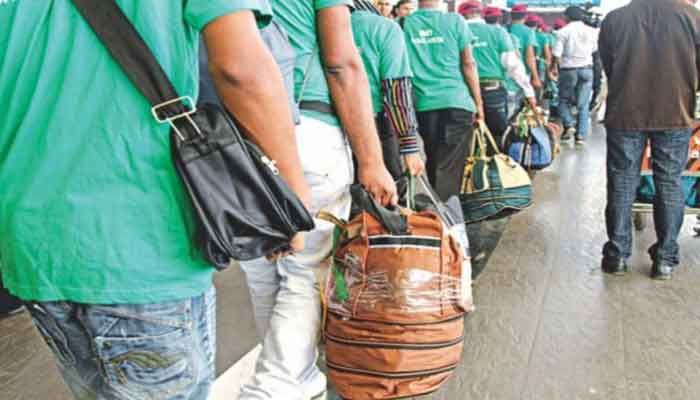 ﻿Malaysia has agreed to reopen its labour market soon for Bangladeshi migrant workers, according to a press release of expatriates' welfare ministry.

Both ministers addressed many other issues at the meeting, including the signing of an agreement, the implementation of an online labour recruitment system, the role of hiring agents in sending workers, the organisation of the next joint working group meeting, and the stranded return of Bangladeshi workers to Malaysia in the midst of the coronavirus pandemic.

According to the release, both ministers agreed that Bangladesh would send a list of all approved recruiting agents and Malaysia would select from the list the necessary number of agents to ensure secure labour migration.

The entire recruitment process will be tracked using an automated online system, including the selection of staff from the database and due payment through banking channels, it said.

Both ministers further agreed to enhance monitoring on the recruitment process.

The ministers agreed to hold the next joint working group meeting in the near future, while Malaysia agreed in principle to take concrete measures to ensure the return to Malaysia of stranded Bangladeshi workers.

Bangladesh will be informed later about this, the release said.

Imran Ahmad sought Saravanan 's help in the regularization of Bangladeshi migrant workers who are still undocumented in Malaysia during the virtual meeting.

High-placed officials from both countries also attended the meeting, the release said.