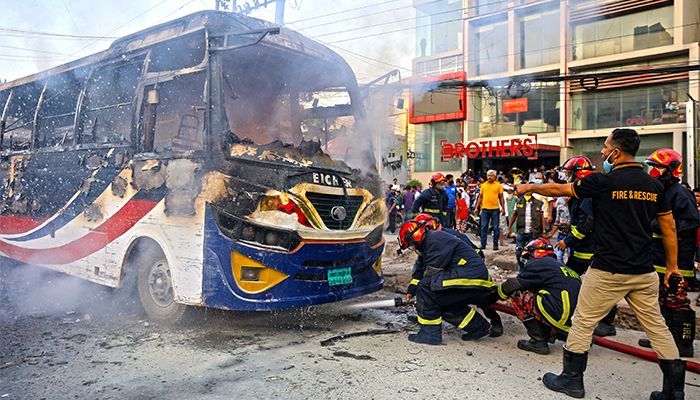 So far, law enforcers have arrested 32 people in this connection.

Earlier on Friday, nine cases were filed with different police stations in the capital on Friday for arson attacks on as many vehicles, including two government staff buses and a BRTC double-decker bus.

Two cases were filed each at Motijheel, Shahbagh and Paltan police stations.

On Thursday, nine vehicles were torched at separate places in the capital.

All the buses were torched in different parts of the city including in front of the Madhumita Cinema hall, Pir Yamini Market, Katabon in Shahbagh, Shahjahanpur in Khilgaon, in the Secretariate area, at Naya Bazar area and at the Coca-Cola crossing of Bhatara area.