Dhaka-Delhi to Have Multiple Engagements in Dec 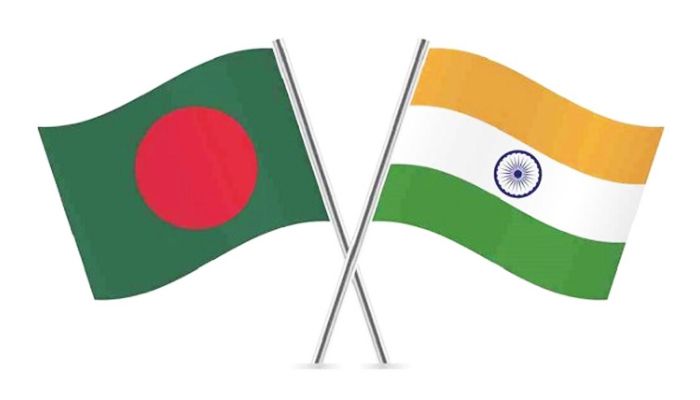 ﻿Bangladesh and India will chart out plans to take the "rock-solid and historic" Dhaka-Delhi relations to the next level expanding areas of cooperation between the two countries with a number of engagements in December, officials say.

To that end, Foreign Secretary Masud Bin Momen will visit New Delhi in the second week of December to get engaged in consultation with India ahead of the Prime Minister-level virtual meeting next month.

"The purpose of his (FS) is mainly for consultation ahead of Prime Minister-level talks as the two countries have vast issues to discuss," a senior official told UNB confirming Foreign Secretary's Delhi visit.

Prime Minister Sheikh Hasina and her Indian counterpart Narendra Modi will hold a Summit meeting virtually in the third week of December, most probably on December 17, if not on December 16, another official said.

There are indications from both sides that Prime Minister Modi will also visit Bangladesh in person if the Covid-19 situation improves.

Foreign Minister Dr AK Abdul Momen, earlier, indicated the signing of bilateral agreements at that time but did not elaborate.

The two countries are giving much emphasis on enhancing trade and commerce through utilising river and road communication, exploring opportunities in blue economy and other areas.

On November 5, a Memorandum of Understanding (MoU) was signed between Serum Institute of India and Beximco Pharma of Bangladesh for priority delivery of 30 million doses of Covid-19 vaccine to Bangladesh.

On Friday, Dr Momen said India is a very close friend of Bangladesh with historic bonding between the two countries. "It's solid and we’re passing through a golden chapter in our relations."

He said the two countries set an example showing the height of leadership maturity.

Bangladesh has invited Indian Prime Minister Narendra Modi to visit Bangladesh on March 26 in person to jointly celebrate the Independence Day of Bangladesh.

"We’ve invited him (Narendra Modi) and they accepted the invitation in principle," Dr Momen said.

Indian High Commissioner to Bangladesh Vikram Doraiswami has assured that the planned virtual summit in December between Prime Minister Sheikh Hasina and her Indian counterpart Narendra Modi is not being seen as a substitute for in person visit by Prime Minister Modi.

It will rather be a complementary summit, he said during his recent meeting with State Minister for Foreign Affairs M Shahriar Alam.

Bangladesh and India are in talks to hold a Water Resources Secretary-level meeting in December before the Minister-level talks between the two countries on water issues, officials said.

Apart from her official engagements in New Delhi, Prime Minister Hasina was also invited as the chief guest at the India Economic Summit organised by the World Economic Forum on October 3-4.

During the visit, the Prime Minister highlighted that the people of Bangladesh have been waiting to see the early signing and implementation of the framework of interim agreement for the sharing of Teesta waters as agreed upon by both governments in 2011.

Indian Prime Minister Modi informed that his government is working with all stakeholders in India for the conclusion of the agreement at the soonest possible time, according to a 53-point joint statement that termed the relations between the two countries “a bond transcending strategic relationship”.

"Let me stress that Bangladesh is, was and will always be a very special partner of India," he said during his first meeting with journalists noting that the world sees Bangladesh with new respect.

In March this year, the two Prime Ministers joined a virtual meeting of Saarc countries on cooperation to deal with the Covid-19 situation in the region.