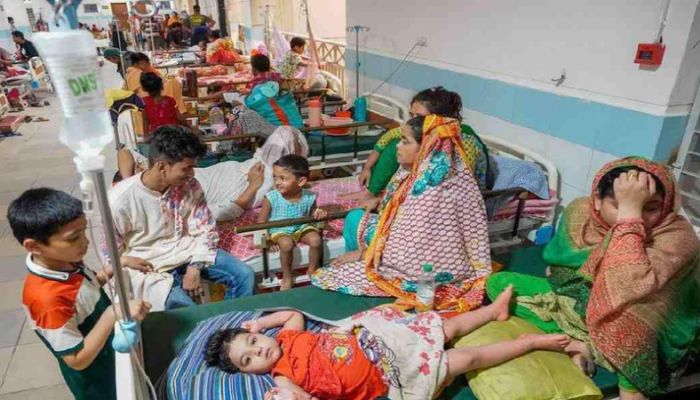 Over the past weeks, Bangladesh has reported a growing number of cases of dengue, with 21 patients hospitalized for the last 24 hours until Saturday morning.

Nineteen of these new cases were reported from Dhaka.

Currently, 85 patients with dengue are being treated in hospitals across the country—82 of them in the capital, said the Directorate General of Health Services (DGHS).

The health authorities have reported 846 cases of dengue since January, but 756 patients have recovered, the government said.

From Nov 2, in the hope of keeping the number of dengue cases low this year the Dhaka North City Corporation launched an anti-mosquito campaign.

The Health Emergency Operations Center and Control Room of the Health Directorate provided data showing 219 cases registered in the first half of November.

In October, 163 cases were reported. The number was 47 in September and 68 in August.

This year's only confirmed dengue-related death was reported in August.

But this year's situation is much better compared to 2019, when the country saw a major dengue outbreak that forced the healthcare system to its limits.

According to official estimates, 101,354 cases of mosquito-borne dengue have been recorded, killing 179 people.

The coronavirus pandemic is currently being tackled in Bangladesh, and another large-scale dengue epidemic will be a massive burden on its health sector.