47 Arrested over Arson Attack on Buses 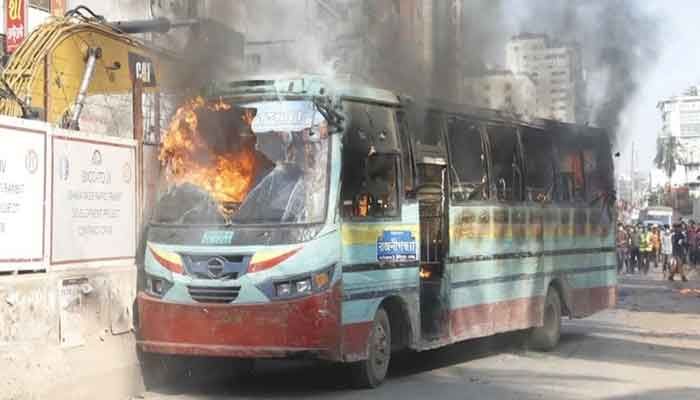 So far police have arrested a total of 47 people in 16 cases of arson attacks on busses in various parts of the capital, Dhaka.

Md Walid Hossain, Deputy Commissioner of the Public and Public Relations Division of the Dhaka Metropolitan Police, made the announcement on Sunday afternoon.

The police official, however, said they continued drives to nab the other accused in the lawsuits.

Miscreants torched nine buses and government transports in different places of the capital in a couple of hours on Thursday.

Sixteen cases were lodged with 12 police stations under DMP in this connection.