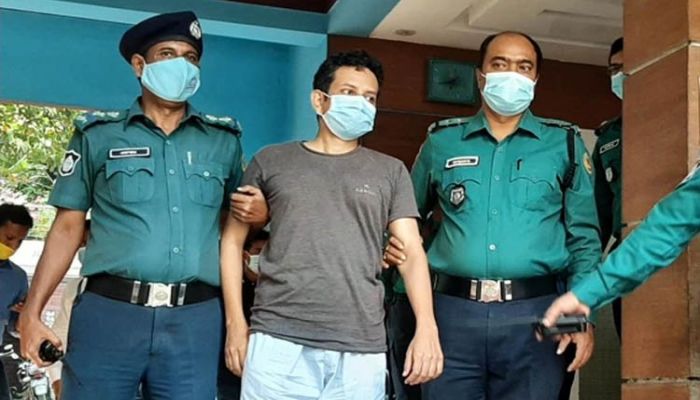 Law enforcement officers arrested him from his residence in the capital on Tuesday morning, said Harun-Ur-Rashid, Deputy Commissioner (DC) of the Tejgaon Division of the Dhaka Metropolitan Police.

Dr. Mamun has a private chamber at Mind Help Hospital, where the senior ASP was reportedly beaten to death by hospital staff on November 9.

With him, 13 people have so far been arrested in a death-filed case.

Anisul's father, Faijuddin Ahmed, filed a case with the Adabor Police Station, charging 15 people, including five hospital shareholders, with the murder of his 35-year-old son.

According to family members, Anisul had been admitted to the hospital in the capital's Adabor area on November 9.

Analysing the CCTV footage of the hospital, Anisul was seen to be pulled into a soundproof space by a number of workers and hurled to the ground by six employees.

Two more workers dressed in blue clothes grabbed his leg, and two others struck him with their elbows. Anisul's hands were bound with a piece of blue cloth behind his back.

There were no doctors in the soundproof room at the time, police said.