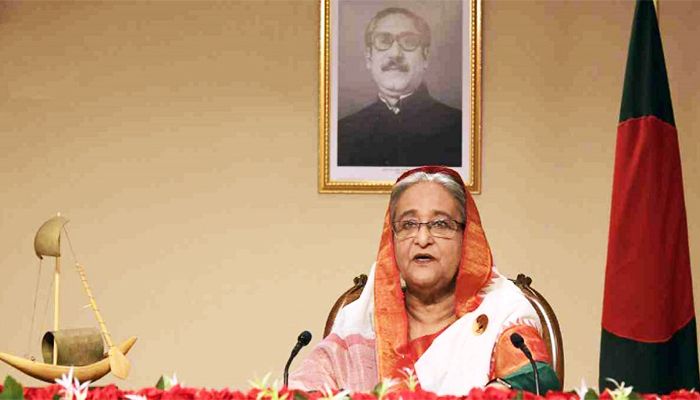 ﻿Although the prevalence of Covid-19 is now relatively lower in Bangladesh, it will surge during the winter months, said Prime Minister Sheikh Hasina on Wednesday.

"As of now, the Covid-19 pandemic has been tackled successfully due to the farsighted role of the government -- timely decisions and skilled management. Right now, its prevalence is slightly lower, but experts fear it might spike in the coming winter. By the time, the second wave has started in Europe and America," she said.

The Prime Minister said this while answering a tabled question from ruling party MP (Chattogram-4) Didarul Alam in Parliament during the PM's question-answer session.

She said the government has taken massive preparations to face the second wave of the virus and infection during the winter.

"To prevent the surge during the winter, directives have been given for adopting ‘no mask, no service policy’. Screening at the entry points of the country is on, while 14-day quarantine has been made mandatory for everyone coming from abroad. Programs are going on as per the planning to control the Covid-19," she said.

The Prime Minister also mentioned that an agreement has been signed with Serum Institute of India, Beximco Pharma and the government to import three crores of the vaccine.

Replying to a question from ruling party MP AKM Rahmatullah, she said the government has been able to manage financing for emergency periods from development partner countries.

For procuring coronavirus vaccine and medical equipment, the  ADB is providing USD 30 lakh while the World Bank has given USD 105 crore for employment during the Covid-19 pandemic.

Replying to Jatiya Party MP Fakhrul Imam, Hasina said law enforcement and intelligence agencies, including the police, are discharging their duties round the clock through mutual coordination to take appropriate lawful steps against those involved in violence and destructive acts.