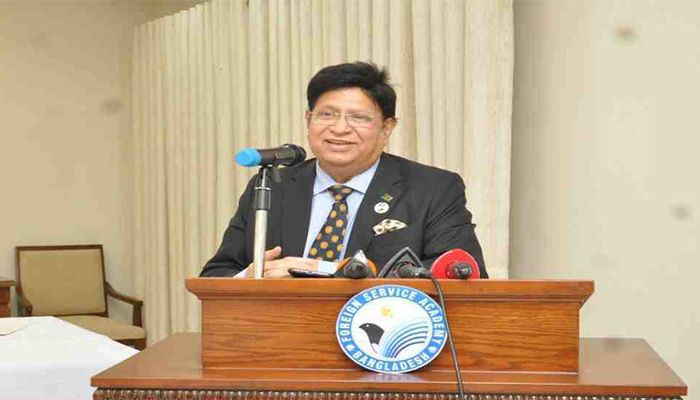 ﻿Foreign Minister Dr AK Abdul Momen on Wednesday said Bangladesh remains hopeful of signing the Teesta water-sharing deal but expects 'no magic' on that front during the PM-level virtual meeting between India and Bangladesh in December's third week.

"As such, there will be no magic (on Teesta during virtual meeting)," he told reporters at a "Meet the Reporters" programme at Dhaka Reporters Unity (DRU).

He said the date of the meeting between Prime Minister Sheikh Hasina and her Indian counterpart Narendra Modi is yet to be fixed but mostly likely it will be held on December 17.

Dr Momen said Foreign Secretary Masud Bin Momen will visit New Delhi next month and the date of the PM-level meeting will be fixed at that time.

Responding to a question, the Foreign Minister said four MoUs will be signed during the virtual meeting and some projects will be inaugurated.

He, however, did not mention the specific areas in which MoUs will be signed.

The Foreign Minister said a technical team was formed to look into issues of the common rivers which will visit India next month.

"India frequently reiterates (India's commitment) about it. It remains ready to be signed. I think it would be done," he told reporters at Rajshahi College recently but did not give any possible signing date.

In October last year, Prime Minister Sheikh Hasina highlighted that the people of Bangladesh have been waiting to see the early signing and implementation of the framework of interim agreement for the sharing of Teesta waters as agreed upon by both governments in 2011.

Indian Prime Minister Narendra Modi informed that his government is working with all stakeholders in India for the conclusion of the agreement at the soonest possible time, according to a 53-point joint statement that termed the relations between the two countries “a bond transcending strategic relationship”.

Bangladesh and India are in discussion to hold a Water Resources Secretary-level meeting in December before the Minister-level talks between the two countries on water issues, officials said.