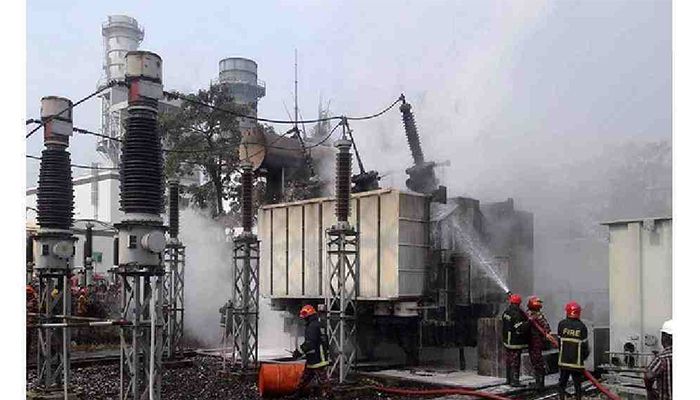 ﻿﻿Although the power supply was partially restored in Sylhet on Wednesday evening, 31 hours after the blackout, most areas of the district remained without electricity till Thursday afternoon.

The disruption in the power supply has hit about 450,000 consumers of the areas hard, officials said.

The power supply is expected to be restored fully by this evening, said the Power Division authorities.

According to sources at the Power Division, the electricity supply resumed in some areas on Wednesday while the work on restoring the supply to the rest of the areas is going on.

However, they said, it will take some time to do that.

The residents of Jallarpar, Mirzajangal, Dariapara, Lamabazar, Rikabibazar, Dakkhin Surma, suburbs area and different Upazilas remained without power till Thursday afternoon as the authorities have failed to restore power connection in those areas.

The Power Division officials said they have been able to restore power supply in some important areas of the city through a rationing system.

Chief Engineer of the Power Development Board (Sales & Distribution) Sylhet, Khandaker Mokammel Hossain said “We’ve been able to resume power supply on a limited scale on Wednesday evening. Still, workers are repairing the grid line and we hope the power supply to the rest of the areas will be restored by this evening.”

Besides, people in many areas are struggling for lack of water and there have been announcements from local mosques about the water crisis during every prayer time.

People are struggling to keep their cellphones operational while some unscrupulous businessmen have raised the prices of candles taking advantage of the situation.

A fire broke out in Sylhet's Kumargaon Power Plant around 11:00 am on Tuesday. Sylhet Fire Service and Civil Defence had been able to put out the flames, but its two transformers and a control panel were damaged, leaving the entire Sylhet district and parts of its adjoining areas without power.

Meanwhile, a four-member probe body, headed by the executive engineer of Sylhet Palli Bidyut Development and Distribution division-2, has been formed to look into the matter. The committee has been asked to submit its report within three working days.