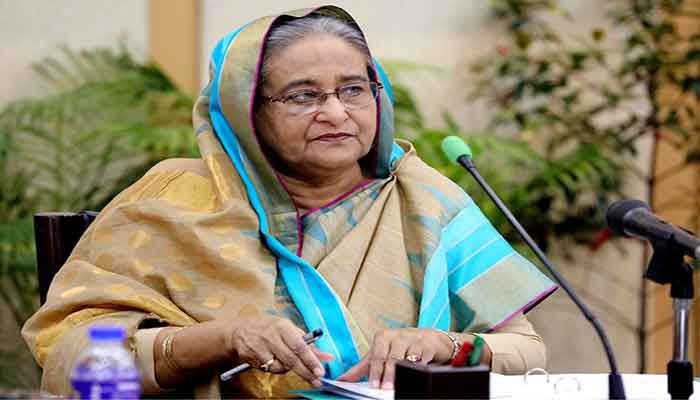 Prime Minister Sheikh Hasina assured the people on Sunday that the government paid particular attention to keeping them protected from coronavirus in the face of apprehensions of the deteriorating virus situation in the winter months.

She said the government will procure a vaccine as soon as it is available and has also given advance money to book a vaccine that is about to be invented, reports UNB.

"We’ve given special attention to how to secure people (from coronavirus) putting aside other issues … So, the people of the country don’t need to be anxious," she said while opening various development projects, including three bridges, in Magura, Narayanganj, Jashore and Pabna through a video conference from her official residence Ganabhaban.

Sheikh Hasina said another outbreak of coronavirus is arriving all over the world and the government is taking its plans from now on to face it.

Again, she encouraged all to obey the health guidelines. "Keep yourself protected and keep others protected," she said, adding that this is a shared responsibility.

The Prime Minister said the government and the people now have the experience of facing COVID-19.

"We firmly believe that we’ll be able to do that (successfully tackling a second wave)," she said.

Bangladesh registered its first cases on 8 March and its first death on 18 March. Although the Prime Minister warned of a second surge, citizens still appear slow to comply with health guidelines.

The government has recently introduced a no mask, no service' strategy and recently launched a campaign to ensure people use masks.

Talking about the newly constructed bridges in Magura, Narayanganj and Jashore, Sheik Hasina said that people's socio-economic status will improve with the communication system that has been created.

She said that since coming to office, the government of the Awami League has established a large network of communications throughout the world.

"As a result, today our economy is very much active, we’ve started so many projects, Inshallah we’ll complete them," she said.

Sheikh Hasina said that the newly-constructed bridges in Jashore, Magura and Narayanganj would make the economy stronger, while communication and transportation of goods would be easier.

They will also play a very important role in the socio-economic growth of the respective regions and in alleviating poverty from the country, she said.

The Prime Minister said that the Padma Bridge would make connectivity networks simpler with other areas of the world, as the newly built bridges are now open to traffic.

Besides, every region, particularly the southern part of the country, would be more developed once the construction of the mega project is completed.

Sheikh Hasina said that as a political party, the Awami League has always worked with a far-sighted economic agenda and adopted all the arrangements made in the Constitution in the light of the directives.

As a result, the people are having positive results from the Awami League government's initiatives, she added.

Sheikh Hasina said that her government was unable to execute any of its development plans this year as a result of the coronavirus pandemic.

But, the coordinated efforts of all including administration, police, BGB, RAB, and the Armed Forces, made it possible to keep the economy running, she said and extended her sincere thanks to all concerned for their efforts.