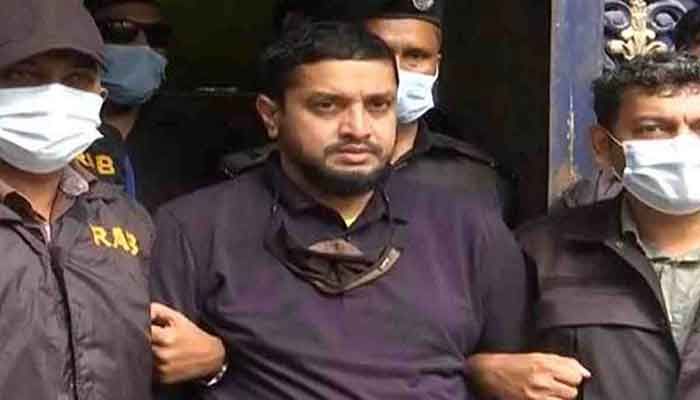 Three cases were brought against 'Golden Monir' in connection with the recovery of foreign currency, weapons and liquor from his residence in Badda on Saturday.

Earlier in the day, Rab handed over to the Badda police the Golden Monir, who was arrested from his residence in Badda on Saturday.

He will be produced before the court today with remand prayer, said the OC.

On Saturday, Rab arrested Monir, locally known as 'Golden Monir,' along with weapons, drugs and major foreign currencies from his residence in the capital city of Badda.

International currencies of 10 countries worth Tk 9 lakh, around 8kg of gold, and cash Tk 1.9 crore were seized from his custody during the overnight raid.

Monir, who was a salesman of a cloth shop in Gausia Market, has 200 plots in his name in Badda, Nikunja, Uttara and Keraniganj, and used a luxurious car worth Tk 3 crore, Rab said.

He was also a vicious hundi trader and land broker. Rab said they found his involvement in gold smuggling.

Monir’s amassed wealth has a value of approximately Tk 1,050 crore.