Govt Has Nothing to Do with Cases Filed against Khaleda: Quader 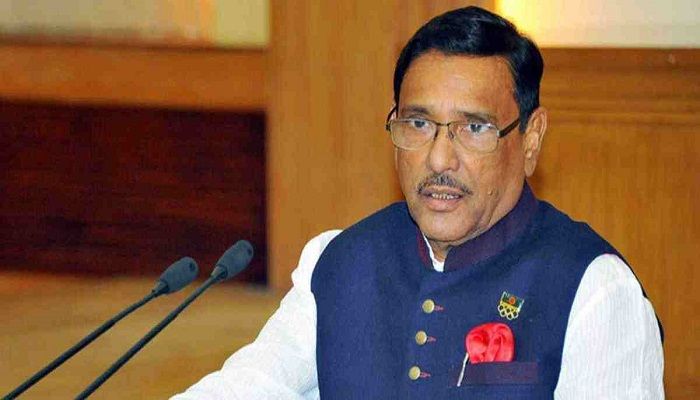 ﻿Awami League general secretary Obaidul Quader on Wednesday said that the government has no connection with cases filed against BNP Chairperson Khaleda Zia and their verdicts.

The AL leader came up with the remarks while addressing the inauguration of the construction of the second Nayarhat Bridge on Wednesday.

Talking about BNP's allegation over Khaleda's jail, the minister said ''Telling lies is their (BNP's) habit.''

''Prime Minister Sheikh Hasina has stayed Begum Zia’s sentence twice, but the party (BNP) does not have any sense of gratitude.'', he said.

BNP believes in the politics of killings and conspiracies, so the party nurtures criminals, the AL leader alleged.

Quader said keeping the roads clean, ensuring security and uninterrupted connection between Dhaka and rest of the country is a challenge.

He directed the local authorities to keep the roads clean and ensure that no one install banners, festoons on the roadsides.