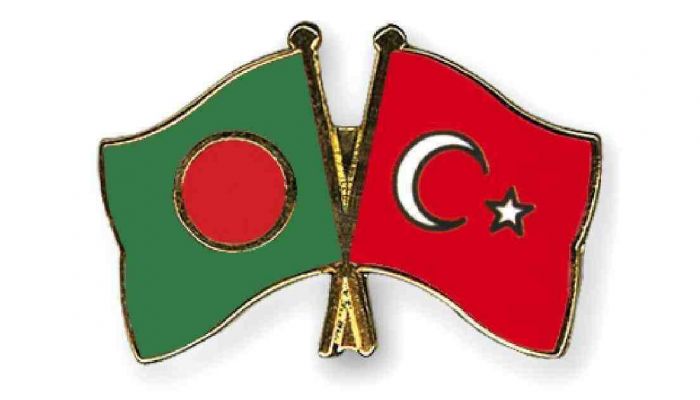 ﻿Bangladesh and Turkey will discuss bilateral and regional issues, including Rohingya situation, on Wednesday as the two countries are keen to open a new chapter in their relations with an emphasis on stronger trade and investment relations, officials said.

Foreign Minister Dr AK Abdul Momen and his Turkish counterpart Mevlut Cavusoglu will hold the bilateral talks at state guesthouse the Padma from 11:40 am to 12:40 pm followed by a media briefing.

The two Foreign Ministers will meet briefly at the same venue prior to the bilateral meeting.

The Turkish Foreign Minister will start the day visiting Bangabandhu Memorial Museum on Wednesday morning (from 9:30 am to 10 am) to pay tributes to Father of the Nation Bangabandhu Sheikh Mujibur Rahman.

Cavusoglu will have a meeting with Prime Minister Sheikh Hasina before his scheduled meeting with Dr Momen, a senior official at the Ministry of Foreign Affairs told UNB.

The meeting with the Prime Minister is scheduled to be held from 10:30 am.

Both the ministers will join the formal inauguration of the new Chancery Complex of the Turkish Embassy in Baridhara on the same day in the afternoon (4:5pm).

The Turkish Foreign Minister is scheduled to leave Dhaka after that by a private jet.

The Bangladesh Foreign Minister visited Turkey in September this year and joined the formal inauguration of newly-built Bangladesh Embassy in Ankara. Prime Minister Sheikh Hasina virtually joined the programme as the chief guest.

Turkish Ambassador to Bangladesh Mustafa Osman Turan has recently said his country is eyeing increased investment in Bangladesh and a significant jump in bilateral trade as Bangladesh’s economy is growing fast.

“We see a Bangladesh which has a very bright future. Its economy is growing fast like ours. Turkish investors are keen to invest in Bangladesh as it offers attractive incentives for foreign investors,” he told UNB in an interview at his office.

Improving trade between the two countries, boosting investment in Bangladesh, enhancing cultural and people-to-people ties are among his priorities on behalf of Turkey.

The bilateral trade volume between the two countries is now around US$ 1 billion annually and both countries believe there is a scope to increase it further.