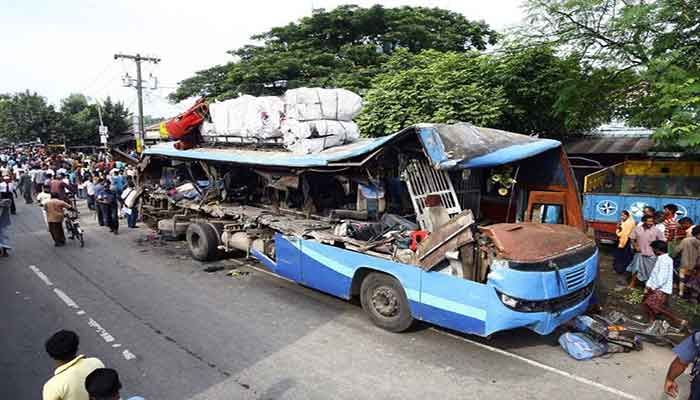 ﻿A total of 7,317 people were killed and 9,021 others injured in 5,397 road, rail and waterway accidents across the country in 2020, said Bangladeshi Jatri Kalyan Samity, a passenger welfare platform, on Saturday.

In the just-concluded year, 318 people were killed and 79 others wounded in 323 rail accidents, while 183 water accidents took the lives of 313 people, leaving 342 others injured and 371 more missing.