20 including AC Land Hurt in Clash with Sunamganj Villagers 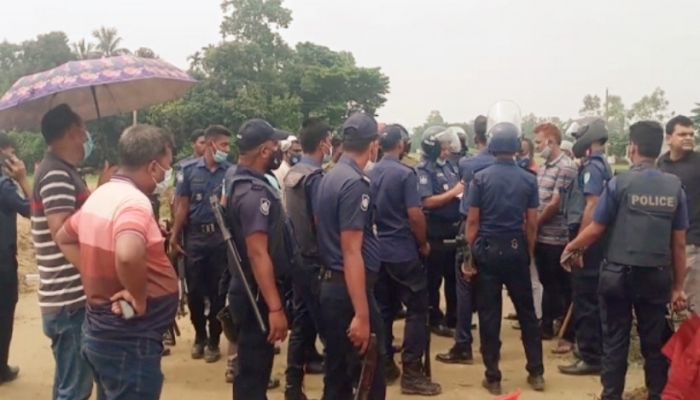 So far, five people have been arrested over the incident in a clash with villagers in the Adarbazar area of Sunamganj Sadar. || Photo: Collected

﻿﻿At least 20 people including Assistant Commissioner (Land) of Sunamganj Sadar Arif Adnan and some members of law enforcement agencies were injured in a clash with villagers in the Adarbazar area of Sadar upazila on Thursday.

Police said district administration started the construction of some news houses on land as part of a government project on the occasion of ‘Mujib Year’.

At one stage, a group of villagers attacked AC Land Arif Adnan and members of police and Ansar with weapons, leaving them injured.

Later, Arif told journalists that some villagers have been opposing the construction of houses for a long time even though the land belonged to the government.

He said everyone involved in the attack would be brought under justice.

Five people have been arrested over the incident so far.

“Police fired blank shots to disperse the villagers. The situation is currently under control. Additional police have been deployed.” Added the AC Land.