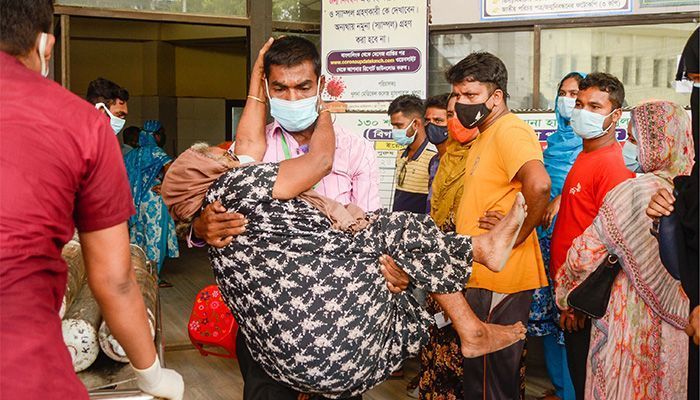 Bangladesh on Wednesday witnessed a significant fall in both Covid related deaths and cases as the health authorities reported 173 new deaths and 7,614 new cases in the last 24 hours.

With these latest figures, the total fatalities in the country now stand at 18,498 and the total cases at 11,36,503, according to the Directorate General of Health Services.

Meanwhile, 9,704 patients have recovered from the deadly infection in the last 24-hours with an 84.56 percent recovery rate.

The overall infection rate is gradually increasing and currently stands at 15.43 percent.

Among the latest fatalities, Dhaka division saw the highest 58 deaths, followed by 38 in Khulna, 32 in Chattogram, 16 in Rangpur, and 11 in Rajshahi.

Besides, eight died in Barishal division, six in Sylhet, and four in Mymensingh.

Bangladesh reported its first cases on March 8 last year and the first coronavirus-related death on March 18 the same year.